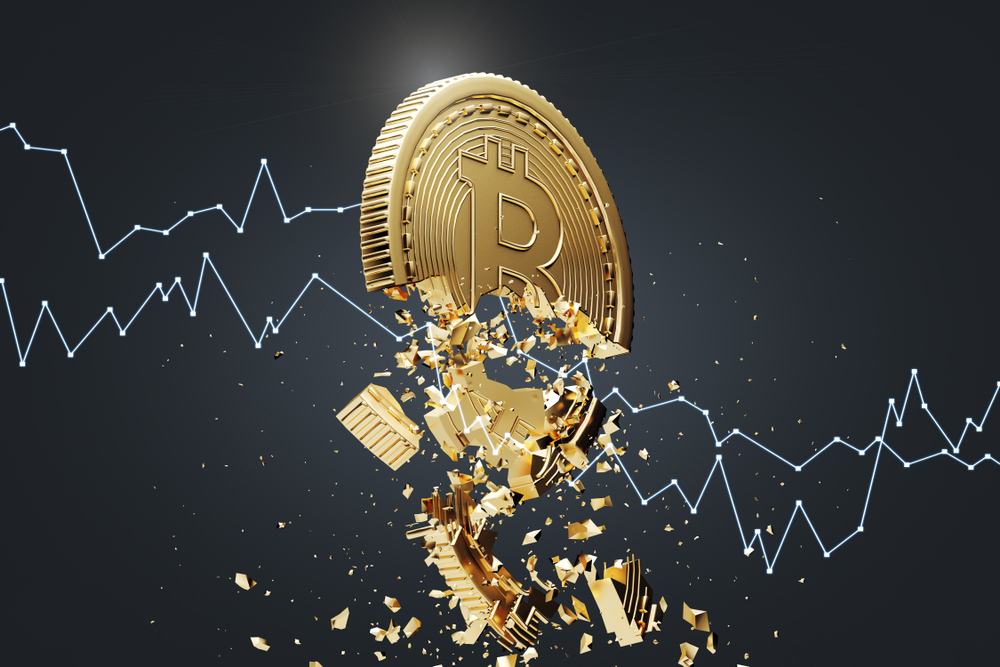 Bitcoin has trended inside a negative territory for an entire weekend.

The BTC/USD exchange rate dropped by as much as 13.35 percent in the last 48 hours. The move downhill prompted the pair to establish an intraday low of $10,263.17, according to data provided by CoinStats’ cryptocurrency portfolio management app. At the same time, the bitcoin’s market capitalization dropped to as low as $283.62 billion.

Bitcoin-enabled trading pairs across all the exchange reported a combined volume of $25.41 billion in the previous 24 hours. Meanwhile, the Real 10 Volume came to be around $2.01 billion.

According to the Coinbase 4H chart above, the bitcoin price has earlier broken down from a Rising Wedge pattern. The ascending channel, wherein two trendlines starts converging into one another, is typically bearish. As so happened, the BTC/USD rate also dropped upon testing a premature apex of the Wedge.

The move downside is now targeting $9,711 as its Wedge breakout target. That is also the pullback level upon testing which bitcoin could retest local highs and – with a weekly bullish bias – could retest its year-to-date high of $13,868.44.

Where do you think bitcoin price will go next? Tell us in the comment section below.

Bitcoin SV Analysis: BSV/USD Appears Like a Lost Cause