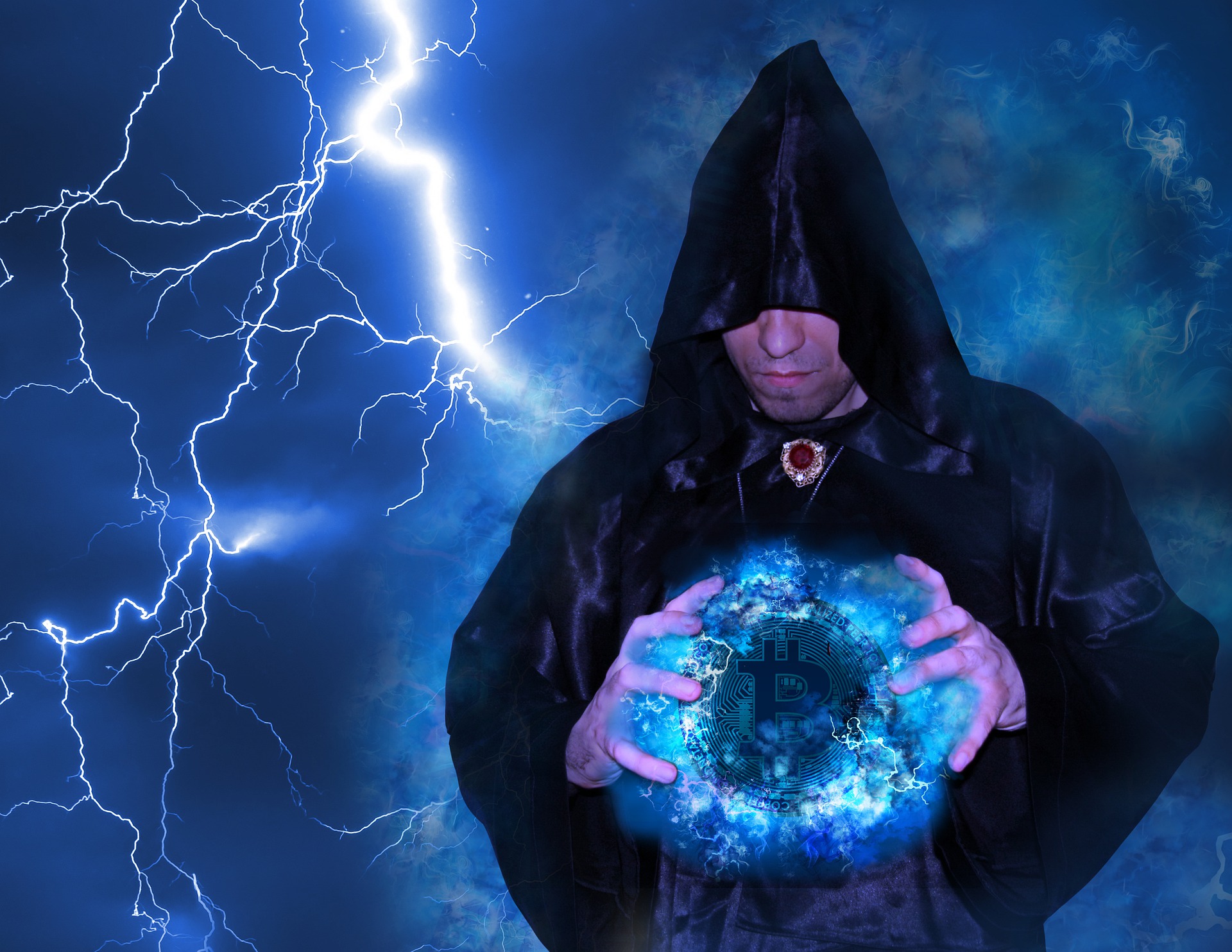 When Bitcoin was introduced to cypherpunks in 2008 by Satoshi Nakamoto as a peer-to-peer payment system, it was immediately labeled as a revolution as great as that of the Internet.

However, as the cryptocurrency started to garner more attention with each passing day, the shortcomings of the blockchain technology have become more and more evident.  The one that has been noted to stifle Bitcoin’s adoption is scalability, and the possibility of finding a solution seemed far-fetched as the war to increase or not to increase the Bitcoin block size limit engulfed the community.

Nevertheless, there was light at the end of the tunnel for Bitcoin’s use case as a payment network with the advent of Lightning Network. Proposed by Joseph Poon and Thaddeus Dryja in 2016, Lightning Network was the star of the Bitcoin community this year.

With Lightning Network, Bitcoin’s function as a P2P electronic cash system was no longer on the sidelined; it enabled instant, low-cost transactions, addressing the scalability woes in the meantime.

In an exclusive interview with AMBCrypto according to Jake Yocom-Piatt of Decred, “blockchains are to radio as a lightning network is to route an electromagnetic telecommunications.”

With the Lightning network having the potential of processing at least 1 million transactions per second, beating the likes of Visa and Swift, the payment protocol lit the beginning of the year with Lightning Torch.

The torch was held up by the likes of Changpeng Zhao, Adam Back, Finnish Model - Rosa Ryyti, Pierre Rochard, John Carvalho, Anthony Pompliano, and of course, Jack Dorsey.

Lightning Torch was a unique “sporting event” in the ecosystem as the tech geeks decided to put crypto to run the relay. Initiated by @hodlonaut, the ‘fun’ campaign ended up engulfing the entire crypto-community. Interestingly, it even saw noteworthy people pleading to have the torch passed to them.

In order to kickstart the campaign, the Twitter user represented as a “space-cat” sent 100,000 satoshis to a person on his tweet threat. The recipient had to add 10,000 sats and pass the symbolic torch to someone else, who followed the same steps.

This ‘sporting event’ was not all smooth sailing. The torch was seized twice by bad players but made it back only once after facing flak. Despite the interference, the ‘LN Trust Chain,’ the campaign recorded a success that was unforeseen.

While Lightning Torch brought the uber-rich and day-to-day investors of crypto-community together, it did not cancel out some of the problems that were hindering its growth as a payment network. There are still many who are quite vocal about the prevalent problems with the LN.

One of the constant woes of the second-layer payment protocol is a centralized platform. Another factor that’s constantly brought up time and again is its complexity in terms of usability.

Its complexity even resulted in a user losing 4 BTC this year. Nevertheless, the person who does by the name ZipoTm on Reddit later announced that the lost Bitcoins were almost recovered. This story in itself speaks about the importance of a better UI/UX for payment channels.

Notably, the problems did not surface out of the blue. Even the community that embraced the technology has acknowledged that the LN is still in its nascent stage and has a long way to go. Various developers and members have constantly warned users about the flaws existing in the current system.

“If you’re putting a lot of $$$ on your Lightning routing node, please use a couple of very reliable hard drives with ZFS pool mirroring (RAID 1)! The mnemonic seed is NOT enough to recover funds from channels if something goes horribly wrong, you’ll need the latest chan state.”

After the initial high there were reports of the network that was not as decentralized and was prone to data mining and censorship. @n1ckler said on Twitter,

"PSA: The Lightning Network is being heavily data mined right now. Opening channels allows anyone to cluster your wallet and associate your keys with your IP address. Use Tor, use private channels, use coinjoins "

Jameson Lopp, CTO of CasaHODL, believes that “enterprise adoption of Lightning Network technology is incredibly important for the health and optimal use of the network,” while speaking at the Lightning Conference in Berlin.

He explained that at this time, Lightning Network payments may seem opaque but the Nation/State government can query the nodes to track funds as they flow.

"So I would argue that it might actually, that it probably would've been easier for a nation-state government to track someone down who's currently using the Bitcoin lightning. We're going to say currently because in the future there's going to be, you know, there's going to be more advancements that make it harder to use or harder to trace people on the lightning network. But right now it's, it's relatively straightforward, but it's not publicly available to everybody on a blockchain."

Called “network capacity,” the total value of Bitcoin inside LN channels is now dropping. Since its launch in March 2018, the network capacity peaked in May 2019, where the network was pushing 1,098 BTC. However, the number reduced to 851,225 BTC, at press time, according to 1ML.

While the LN channels also noted an 85% increment, from 31,257 channels in January to 40,227 channels in December. The number of channels had peaked in March, where there were 40,227 active channels.

Along with Lightning Torch making a mark this year, the protocol itself saw a positive response this year with various projects implementing the protocol. Bitfury, Blockchain, and Bitcoin mining manufacturer brought off-chain payments via Lightning Network to their first exchange environment through a partnership with Poland’s BTCBIT. Following Bitfury, Radar, a Blockchain and DEX startup also released a set of developer tools for the Lightning Network in April.

One of the major themes discussed in terms of adoption was the benefits Neutrino would bring to Bitcoin's Lightning Network. Jimmy Song, a Bitcoin developer, said,

"Once Neutrino arrives to Bitcoin Core, Lightning Wallets will be able to run as a light client much more easily. And that means that your bitcoin wallet will be far more effective in preserving privacy [...] able to achieve a large portion of the privacy that full nodes currently enjoy without storing, transmitting or verifying the entire blockchain."

Small projects looked towards LN to launch a Decentralized exchange, like Sparkswap. The U.S.-based startup became the first to offer a ‘buy option’ using atomic swaps. Even the rappers like Lil Pump started to accept Bitcoin via LN on merchandise stores.

Bitfinex, after the initial announcement of LN support for its stablecoin Tether in June 2019, became the first exchange in the industry to also launch support for LN in December 2019. Even Coinbase through Bitrefill enabled its users to have ‘recharge capabilities’ with LN. This service was made available through Bitrefill’s Thor API that allowed multiple platform users to instantly open custom channels on the LN via its nodes.

In August 2019, an Australian coder, Rusty Russel warned Bitcoin Lightning Network users about security issues in the Lightning projects that could result in users losing their funds. This was soon followed by a report stating that the vulnerability had been exploited.

Users need to open a “payments channel” to send or receive funds from fellow lightning users, in order to conduct a transaction. Without a proper check, an attacker could open a new payment channel and send fake transactions. An honest user would send back real money without knowing the status of the previous transaction, which was how the scenario had played out.

However, the developers fixed the vulnerability and claimed “there are always problems. Even on the bitcoin protocol, there have been bugs,” noted Pierre-Marie Padiou – the CEO of ACINQ.

Too soon to tell

From carrying the Lightning torch to trying to keep the flame burning, the LN is still considered to be in its nascent stage. Considered the future of payments, Lightning might have struck before it was time and may have to wait for the crypto climate to improve to solve real-world problems and aid bitcoin.

Piatt believed LN was the path forward for low latency and widespread payments, as it was taking the monetary protocol and restricting it into something that does not need to get broadcasted to every node on the network.

The post Lightning Network's path to success is paved with Bitcoin's hurdles appeared first on AMBCrypto.