*price at the time of writing

On October 26, KuCoin Shares surprisingly fell after reaching the peak price of Ƀ0.000164 overhead resistance. The market nosedived to a low of Ƀ0.0001342. However, in mid-October, the coin was becoming a growing exchange volume which rallied in the past few days. KCS shares could comfortably compete with other cryptocurrencies.

Presently, the coin has been battered as it fell and found support at the previous low above the Ƀ0.00013 support level. The pair had earlier been trading above the Ƀ0.00013 support level for the past three months. Presently,  KuCoin Shares is trading at Ƀ0.0001374 with a price down by 9.61% today. The market cap of KuCoin Shares is 11,942 BTC with 86,863,551KCS circulating currently. 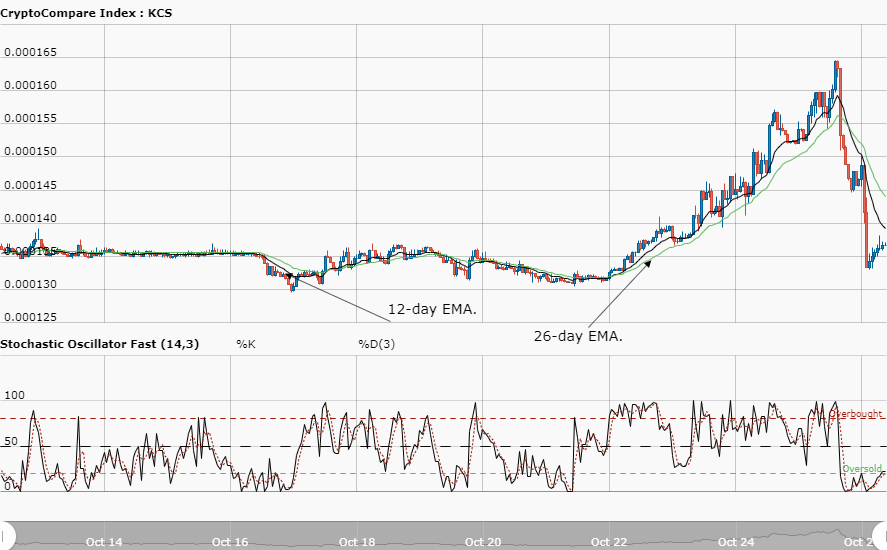 On the Daily Chart, the price traded above the Ƀ0.00016 resistance level and formed a triple top pattern. The bulls had intended to push the price higher but were overwhelmed by the bears. The selling pressure continued but a retest at the Ƀ0.00015 price level was made as the market found support above the Ƀ0.00013 support level. The coin is at the bottom of the chart trending in a sideways move. 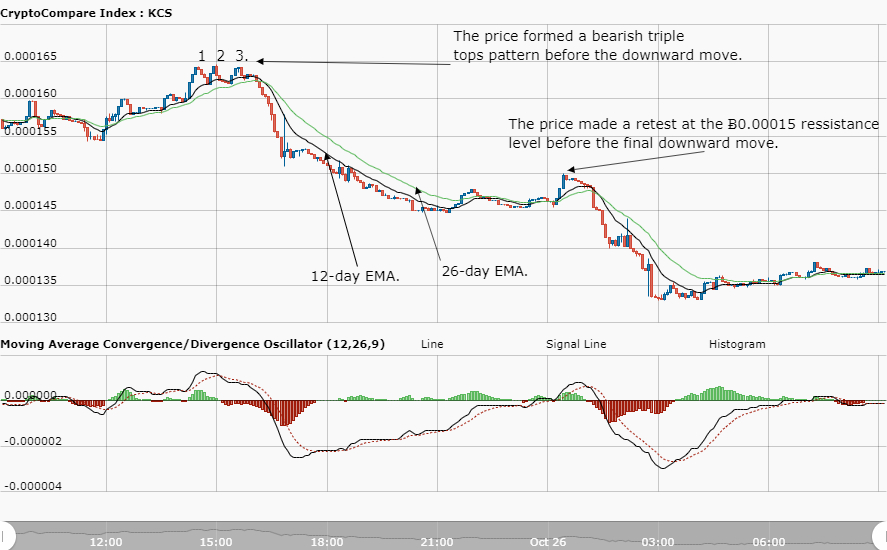 The coin’s exponential moving averages are horizontally flat indicating the sideways movement. The MACD line and the signal line are trading below the zero line indicating that the market is still in the bearish trend zone.