India Comes A Full Circle In Legalization Of Crypto; Indian Crypto Startups Believe Its A FUD 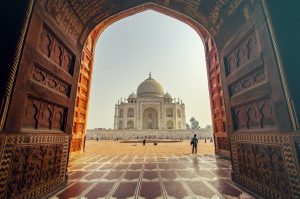 The Indian Ministry of Finance has reportedly moved a note urging the ban on cryptocurrencies in India after Supreme Court revoked the ban in March 2020.  Indian crypto influencers believe the government should consult relevant people of the crypto community before taking a decision.

In terms of adoption, the cryptocurrency industry has witnessed a significant uptrend. While these digital assets have been legalized in certain countries a few other governments view it is a currency that paves the way for illicit activities. However, the cryptocurrency scene in many other nations still remains uncertain.

India, a country with a population of more than 1 billion people, could have driven the adoption rate of cryptocurrencies into new highs. While the status of digital assets in the country was uncertain for many years, last year in July, Subhash Chandra Garg, the former finance secretary of the country had drafted a law urging for a ban on cryptocurrencies which would prohibit Indian citizens from mining, holding, selling, buying, or using cryptocurrencies in any manner. Citizens going against the law were to be slapped with a fine of Rs.25 crore along with 10 years of imprisonment.

4 March 2020, the day the Indian crypto community had been anticipating as the Supreme Court in the country had revoked the Reserve Bank of India’s ban on cryptocurrencies. While the SC brushed off RBI’s ban labeling it as “unconstitutional”, the country rejoiced the legalization of cryptocurrencies.

The latest report from The Economic Times states that the Indian Ministry of Finance has been once again fueling the ban on cryptocurrencies. A government official revealed that a proposal would be submitted before the Parliament only after it is reviewed by the Union Council of Ministers. The official said,

“A note has been moved (by the finance ministry) for inter-ministerial consultations.”

While the crypto community has been once again put under a state of uncertainty, prominent faces of the Indian crypto scene have been probing the matter. Nischal Shetty, the founder of the Binance acquired platform, WazirX told CoinGape, that the status quo of the matter remains ambiguous as the community has been awaiting access to the information on the note. Shetty suggested that the Indian Finance Ministry could be working on the old crypto bill or also be working towards rolling out an updated bill.

“Currently, the Internet and Mobile Association of India (IAMAI) is working on a code of conduct for crypto-currency companies in India. We have a draft version ready and are working on updating the guidelines in line with the technology changes that have happened in the last few years.”

Furthermore, he insinuated that the government should rather utilize cryptocurrencies as several accounts, trades could be tracked to identify criminals than banning crypto-related businesses. Fighting crime and fostering innovation should go hand in hand, said Shetty.

CoinDCX’s co-founder and CEO, Sumit Gupta also spoke about the latest update with CoinGape. Gupta suggested that the crypto community should look at the news with an objective lens instead of spreading misinformation and rearing panic. He further stated,

“The result of this was that crypto markets flourished, andwe have seen record numbers in trading volumes and user adoption of cryptocurrencies following the
decision, proving its strengths as an asset class to protect the wealth of Indian investors.”