Decred Price Analysis - DCR In Constant Pullback Through the Week

Decred has continued to remain under the mid-year bear market, although the token saw a 20 days increase of about 100% ( from $12 to $25.5) before rolling back on November 16. Up until now, the market has remained under 8 days bearish swing which has made DCR trade at $17.61. Yesterday, the token fell to $15.5 with a sharp rejection which made the price to close at $17.5.

It appeared that the market is exhausted with selling as supply seems to be decreasing in the market. Yesterday's pin bar candle close is another indicator to bearish exhaustion, although DCR may continue to plunge to $15.5, $14.5 and $12.1 if the sellers keep regrouping.

A bullish takeover is also likely if the pin bar plays out. Then, we can anticipate a positive climb to $20 and $22. A clean cross above the diagonal resistance (white) could give room for a strong buying pressure to $27 and above. However, the technical indicators are still on a downward range, which suggests that the bears may still be in play for now. 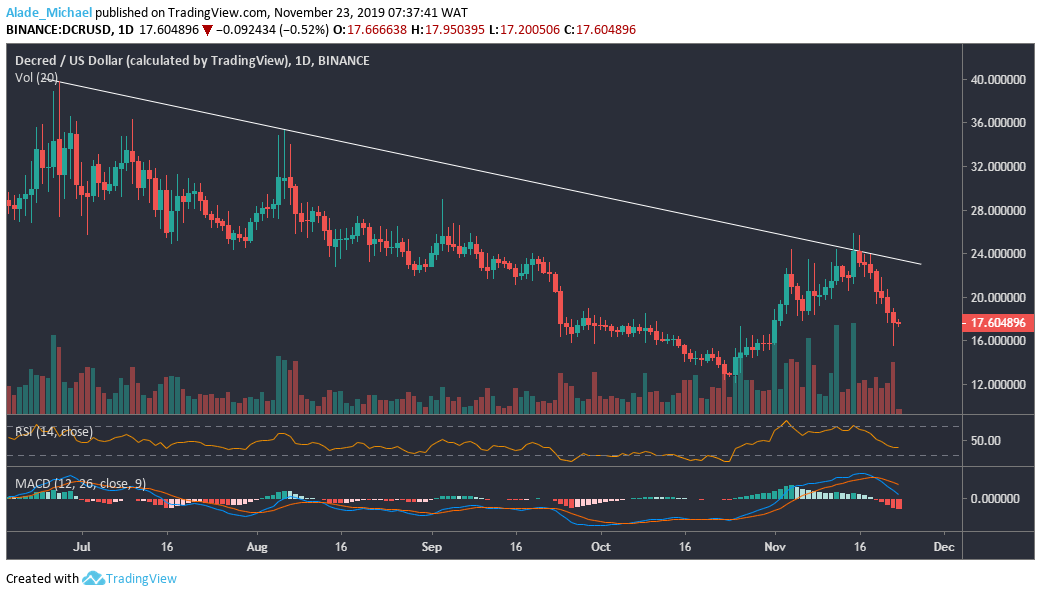 After witnessing a substantial growth for about three weeks, Decred broke-down from the channel all the way to $15.5 but has seen a slight over the last 24-hours. At the moment, the DCR market is waiting for the next move. Looking at the RSI, the token has recovered a bit from the oversold. More recovery could allow the bulls to see $20, $22 and $24 resistance.

However, if DCR resumes selling, the next level of support is $16, $14.5 and $13. As suggested on the MACD indicator, Decred remains in a downward range as no sign of a positive move at the moment. For now, the bearish bias is still dominant on the 4-hour time frame. 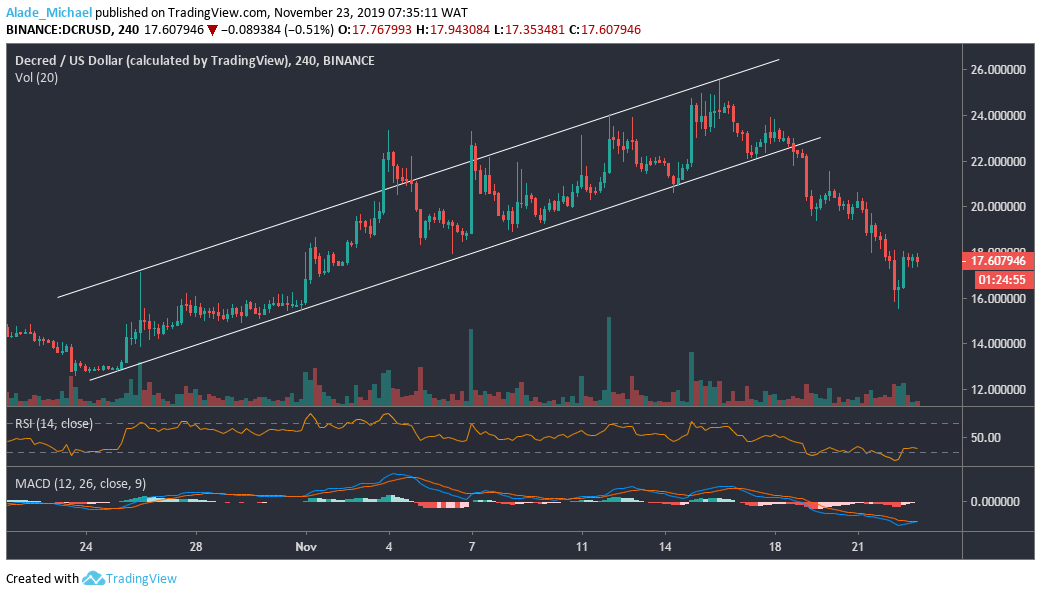 As shown on the hourly chart, the token has been maintaining a bearish sentiment for the past 8 days and as we can see, the bulls are quite weak at the moment. Aside from that, Decred is still trading within a descending channel to show that supply is weighing in the DCR market.

For now, the next level of support is $16. Though, DCR is correcting near the channel's upper boundary at $18. If a breakup occurs, $25 would be the next bullish target. The RSI has gained strength a bit to 50 levels, indicating an indecisive market. Additionally, the hourly MACD is negative but now aiming for a bullish crossover. Decred may turn bullish if the technical indicators can continue to show strength. 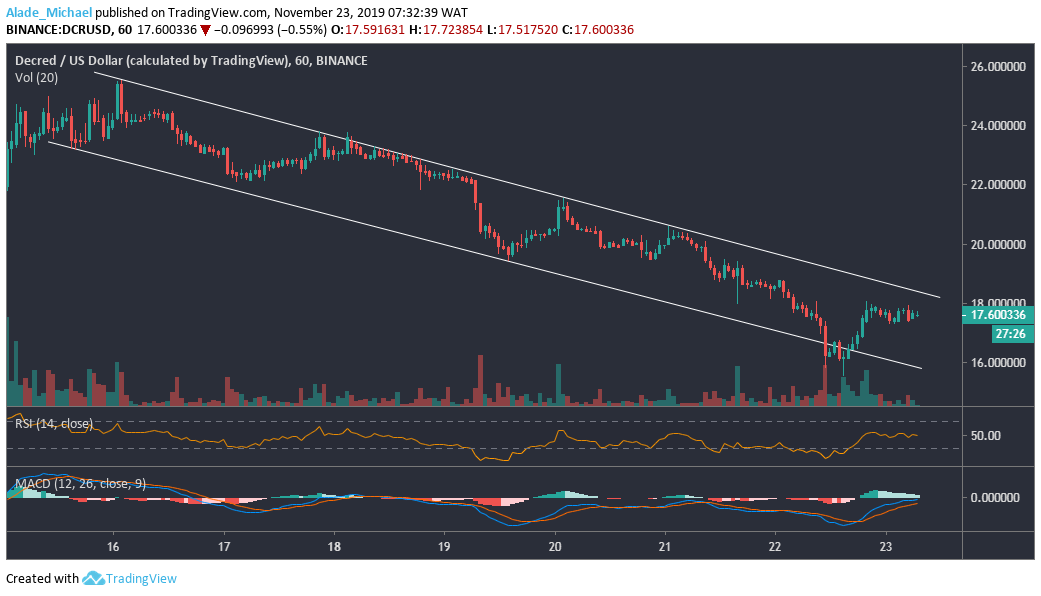 So far, Decred has seen an 8 days pullback of about 60% which is enough to strengthen the market for a bullish reinforcement. If the selling continues, it may keep the market on bearish mode throughout this month and potentially for the rest of the year. Though, the short-term indicators suggest a possible recovery that might favor the bulls soon.