Vertbase shows the strength of crypto with GOCRYPTO giveaway campaign 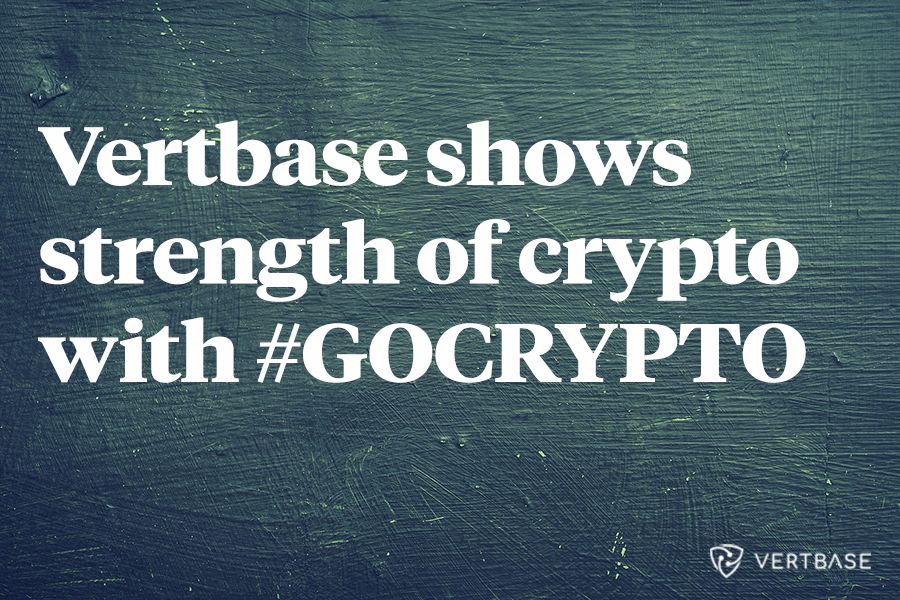 Cryptocurrency platform Vertbase has raised eyebrows with a giveaway campaign that points out the flaws in traditional FIAT currency.

"FED prints $75 billion, #GOCRYPTO" reads one of the posts. This specific post is a reference to an economic policy by the U.S. federal reserve which resulted in the printing of billions of Dollars last month.

The flaws of the traditional monetary become more apparent as alternatives pop up. Many Americans have started doubting the effectiveness of certain decisions, especially since similar decisions in Europe have resulted in negative interest rates in some countries.

"We want people to evaluate economic policies actively and look for modern solutions to modern problems."

Vertbase, the company behind the promotion provides cryptocurrency services, such as payment processing and facilitating the Purchasing of cryptocurrency. It is part of the campaign on Twitter where Vertbase gives away crypto every week for the month of October.

Vertbase is an instant buy and sell exchange platform that currently allows for trading several cryptocurrencies with the U.S. Dollar, British Pound and Euro. Vertbase launched in the US on September 1, 2018 with Vertcoin as the first asset listed on the platform. At this moment, the exchange supports over 10 digital currencies with their fiat services; including Ravencoin, Digibyte, Dogecoin and NavCoin. Vertbase’s mission is to provide a fiat gateway to digital assets that generally not supported by many industry leaders despite their community roots.

Vertbase has strong fundamentals and are community focused which paints a stark contrast when compared against many of the industry leaders. A vital part of its business model includes giving back to the development teams and community funded projects of the cryptocurrencies listed on the platform. Vertbase believes communities have been long forgotten by the industry and aims to assist the coins it lists.

Disclaimer: This a paid post, and should not be treated as news/advice.

The post Vertbase shows the strength of crypto with GOCRYPTO giveaway campaign appeared first on AMBCrypto.