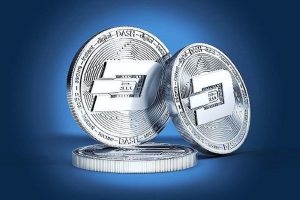 After spiking over 10% in a day and the wallet adoption in Venezuela spiking to five times the number in a year, DASH is once again on the victory trail. Over 11K traditional ATM will add Dash to their network following the partnership between crypto firm, Tauros and Dash Pay. The former is a Mexican based cryptocurrency remittance organization with a wide network of ATMs across Mexico to help users easily buy crypto.

According to the official Dash Pay Twitter account, the new partnership opens up a gateway for Mexican crypto investors to buy Dash directly using the Mexican peso. The official announcement reads,

The opening of over 11,000 ATMs in Mexico is a “great partnership” for Dash Pay, Dash Core CEO, Ryan Taylor said in his congratulatory message to the Dash Pay team. He further said,

“[The Bitcoin ATMs] Infrastructure that can continue growing our Latam (Latin-America) remittances strategy going forward and help expand our use for payments in Mexico, even among the unbanked. This is another great partner for Dash!”

A new dawn for Dash in the Americas?

Dash Pay has been on the frontline of promoting the adoption of a privacy enabled currency to ease the economic challenges being faced in Venezuela, Argentina and a number of countries across the globe. Starting its adoption efforts in South America, the Dash ecosystem is slowly growing into an Americas power cryptocurrency.

The latest partnership strengthens Dash presence in the Americas region as the crypto battles Bitcoin to the top spot. In Venezuela, the adoption rate of active Dash wallet users grew by over 500% in a year. Brazil welcomed Dash Pay as the crypto company has partnered with ATAR Pay enabling NFC payments for over 2.5 million Brazilian merchants.

The post DASH Added To Over 11,000 ATMs In Mexico, Is The Crypto Taking Over The Americas? appeared first on Coingape.