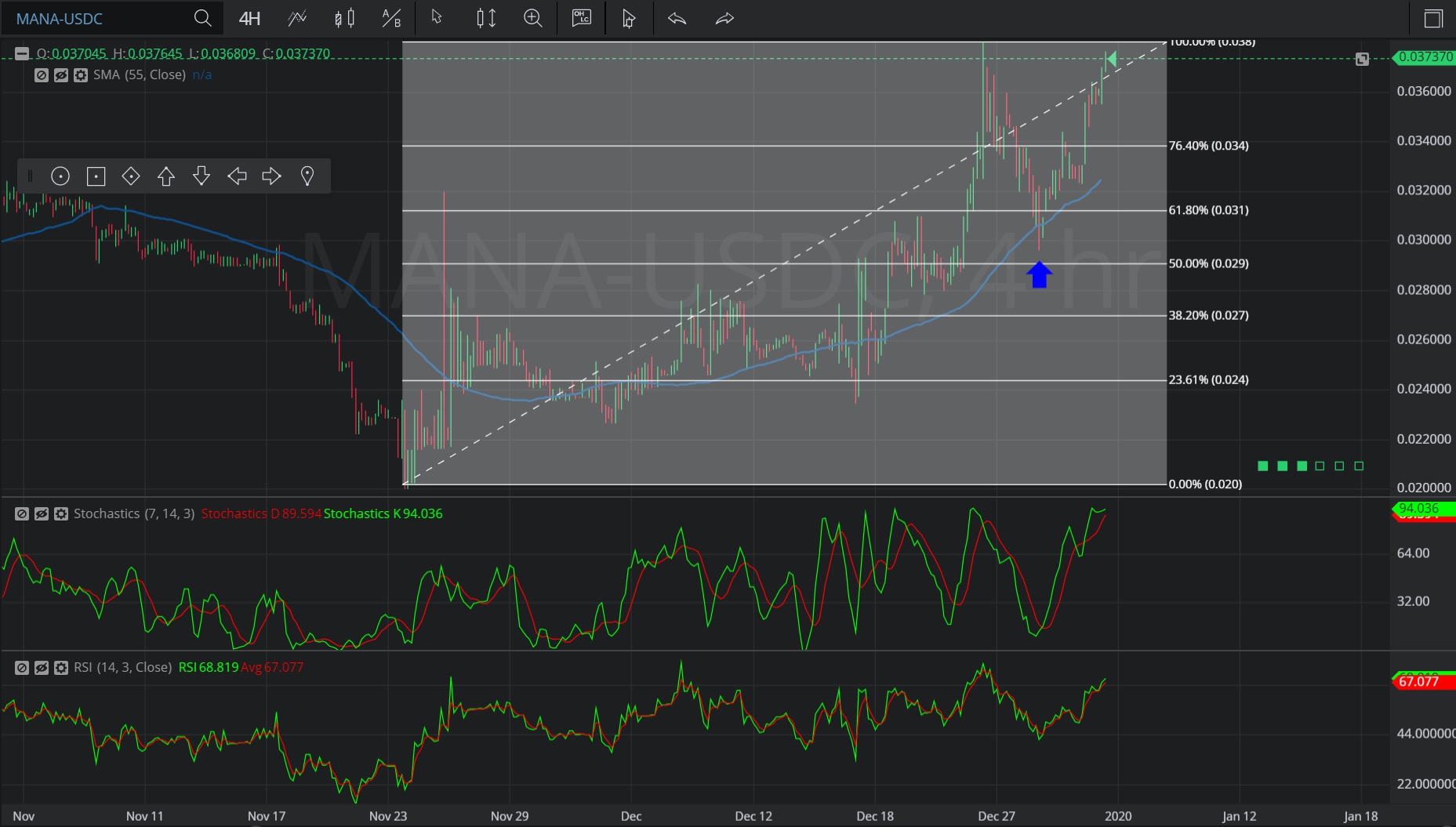 In this 4-hourly chart of Decentraland/ United States dollar Coin (MANA/ USDC), there is an appreciating range from 0.02 to 0.038.

We can observe that the market then depreciated to the 0.029634 level (identified by the blue up arrow), just below the 0.029 level that represents the 50% retracement of the appreciating range.

The market then appreciated to the 0.037645 level and continues to appreciate.

Stay on top of the cryptocurrency market with CryptoDaily’s trading charts!