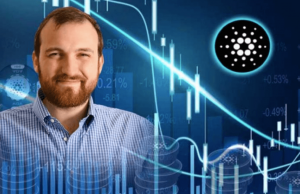 Cardano CEO Charles Hoskinson has denied claims that Ethereum 2.0 is copying Cardano. In a Tweet, Hoskinson noted that the two projects were on “divergent paths”. The claim that the two projects are similar was first made by Reddit user Tradefeedz. After his experience with Ethereum 2.0, he believed that it had great similarity with Cardano. In particular, he noted that  Ethereum 2.0 testnet was copying Cardano slot and epoch architecture.

Analytical platform Santiment named Cardano the busiest project in 2019. This was because of its vigorous technological development and its partnership deals with corporates and governments. Santiment was not the only firm that noted Cardano’s development. Weiss Ratings, a financial services company offering research analysis and ratings for crypto, named Cardano’s ADA “one of the most undervalued digital assets.”

Hoskinson’s recent remarks bring sobriety to Cardano users and investors. But for Ethereum investors, there could be more questions ahead of the launch of Ethereum 2.0.

I'm seeing some articles floating around about ethereum 2 copying Cardano. There is no evidence that the EF or the ETH2 roadmap is in any way connected to Cardano's roadmap and technology. Looks like we are on completely divergent paths and that's a good thing for us all

Cardano has again been one of the most active projects of 2020. This has been evident in its price movement, recently finding its way to the top ten ranked coins before retracing. Data from Google has shown that people are interested in the project with its search surging by more than 100%. Much of its development in recent days has been in corporate partnerships. The project has most recently announced partnering with PwC to focus on product marketing.

Where Is Cardano Headed?

Cardano is expected to undergo a hard fork in February. This was confirmed a few days by Hoskinson as he further assured users that the infrastructure was ready and everything was running smoothly. The upcoming hard fork is expected to see the Ouroboros Bizantine Fault-Tolerant Consensus Protocol (OBFT) implemented.

By all indications, Cardano is doing everything right. Its technological development is rapidly growing and the team continues to forge new partnership deals that will drive adoption. Prices have however been slacking in the last 2 years. From an all-time high of $1.33 back at the start of 2018, the digital asset has dropped more than 90% of its value to current levels of $0.050. Despite the current lows investors believe that if the project continues to grow, prices will catch up and reach all-time highs once again.