Most of the top crypto projects have recorded a significant loss in the past 24-hours. This includes NEO, which is now correcting downward after seeing about 41% growth since the monthly opening.

How to buy NEO on Binance

On the daily chart, however, NEO is now positioned in a symmetrical triangle with an Elliott ABCDE correction wave. Having completed the C wave at $12.3 last week, NEO is almost correcting the D wave towards the triangle support, bringing us to the $9.7 and $9.1 support levels. Meanwhile, a steep move could cause a drop all the way to $8.

At the triangle support, NEO is expected to bounce back to complete the Elliot Triangle Wave ABCDE with a potential breakout. At the E wave, we should anticipate a quick surge to $12.3 and $13.4 before rising further towards the $17.4 resistance. As shown on the technical indicators, NEO is currently looking bearish on the daily RSI and MACD. 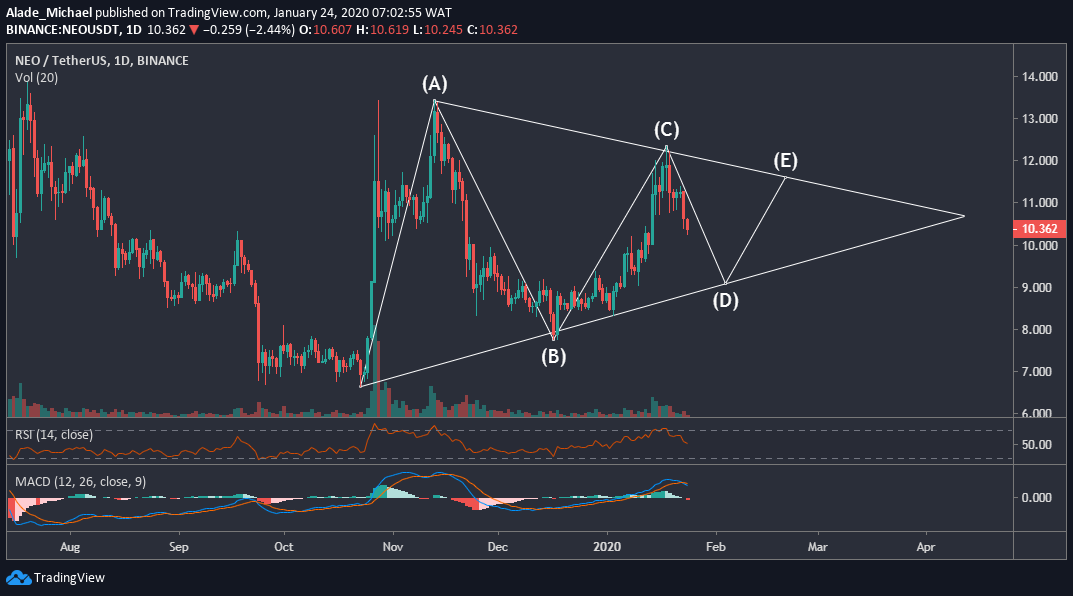 Following the past weeks of price movement, NEO has recorded a noticeable gain overall but also saw a correction from the $12.3 level. The ongoing correction failed to find support on the white diagonal line, as the coin is now trading under at $10.37. The correction could extend to the $9.3 support on the red trend line if the current break becomes significant.

We can see that the NEO market is leveled at 40 on the RSI. If this RSI level slumps, the price would become extremely oversold. Conversely, the MACD is negative, suggesting more sellers could be around the corner. However, if NEO finds a rebound level on the red line, we can expect a bounce back to the previous resistance of $12.3. Still, NEO’s volume is decreasing on the 4-hour chart, which isn't an encouraging sign. 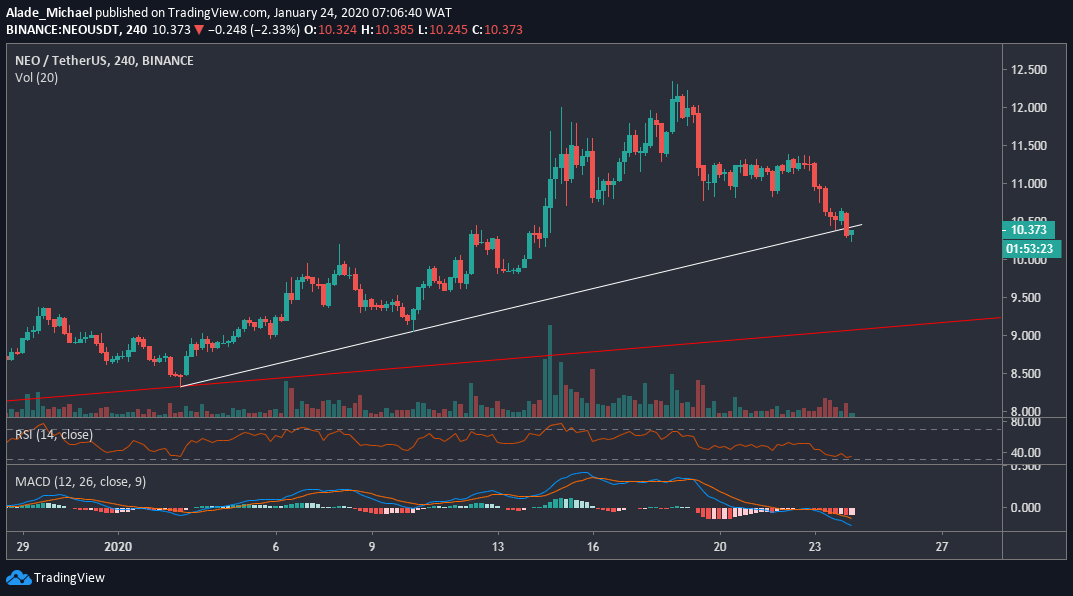 Last week's surge below the red-dotted trend line has led to bearish sentiment in the NEO market. As we can see, the 20th cryptocurrency in the market cap rankings is now falling within a channel. The price is currently approaching the channel’s support at $9.5. Upon that, the bearish impulse is revealed on the technical RSI and MACD indicators.

Nevertheless, NEO is most likely to bounce once it finds support at $9.5. In such a scenario, we should watch out for resistance at $10 and $10.5. If a break occurs, however, the $11.3 and $12.3 resistance levels would be the next buying targets above the channel. Below the channel the $9.1 support is a key selling target. 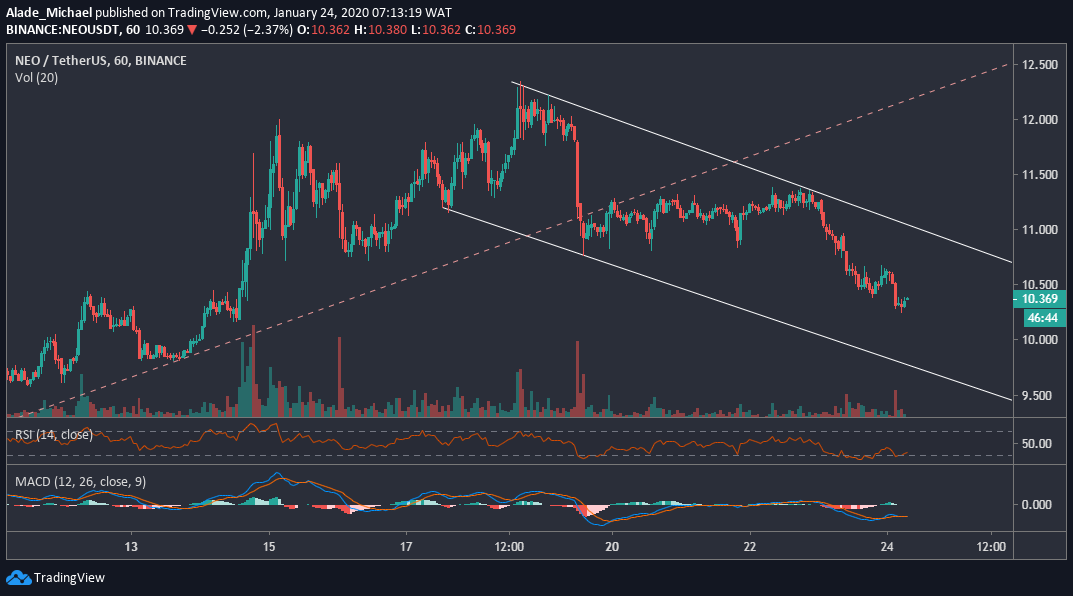 The supply side is still heavy in the NEO market as sellers look for more profits. For a buy, we may need to wait for a D wave correction before joining a complete Elliot Triangle Wave inside the triangle pattern on the daily chart. A continuation would allow a strong surge to $17.4. However, the trend may completely reverse if the formation breaks down.

At CoinCodex, we regularly publish price analysis articles focused on the top cryptocurrencies. Here's 3 of our most recent articles about the price of NEO:

Will NEO Bounce Back? (Neutral)

Small Drop Expected Before the Next Surge (Neutral)