Over $25 Million Worth Of XRP Transferred From Bithumb, A Boost To $0.50 USD Incoming? 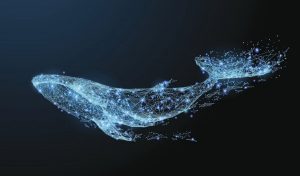 The crypto market is on a rocket surge as all the top cryptocurrencies gained handsomely over the past 24 hours. Ethereum (ETH) gaining 15%, XRP chipping in 11% and Tezos at 10%, lead the market run as analysts call on an altseason following the first full day BTC has traded above $10,400 USD.

Amidst all the green candles across the crypto market, it is XRP that has caught the attention of traders in the past week. As other top altcoins hit their stride, gaining above 70%, since the start of the year, XRP’s market had not hit its full potential as it gained only 52% since the turn of the year. However, in the past 48 hours, the XRP market has gone parabolic, gaining over 18%, to set an intraday high of $0.3340 USD.

Looking at the daily candle charts, the 200 EMA is providing a key support to the XRP/USD pair with a long term view for a continuation of the bullish trend. Currently kissing the upper 20-day Bollinger Band, XRP/USD looks set for a near term reversal before starting a new bullish move towards 50 cents – a move that could propel the token further. Opportunity to enter?

CRipple the shorts. Pro Tip: the Buy and Sell buttons are both equally profitable regardless of whether or not you are trading a turd. pic.twitter.com/dknaPauJM1

Over $25 million transferred from Bithumb, bullish?

According to Whale Alerts, a large scale trade aggregator, over 78,000,000 XRP (~$25.4 million USD) was transferred from Bithumb exchange to an unknown wallet. The movement of such an obscene amount of XRP from the exchanges signals a possible institutional buy of XRP, which increases the bullish sentiments on the digital asset.

While it’s unlikely the whale transaction caused the pump to $0.3340 USD, the movement of such a large amount raises a question on where the market is heading. With positive fundamentals on the charts for XRP and accelerated developments from Ripple Inc., it seems only a matter of time before the coin hits $0.500 USD. Keep watch!

The post Over $25 Million Worth Of XRP Transferred From Bithumb, A Boost To $0.50 USD Incoming? appeared first on Coingape.