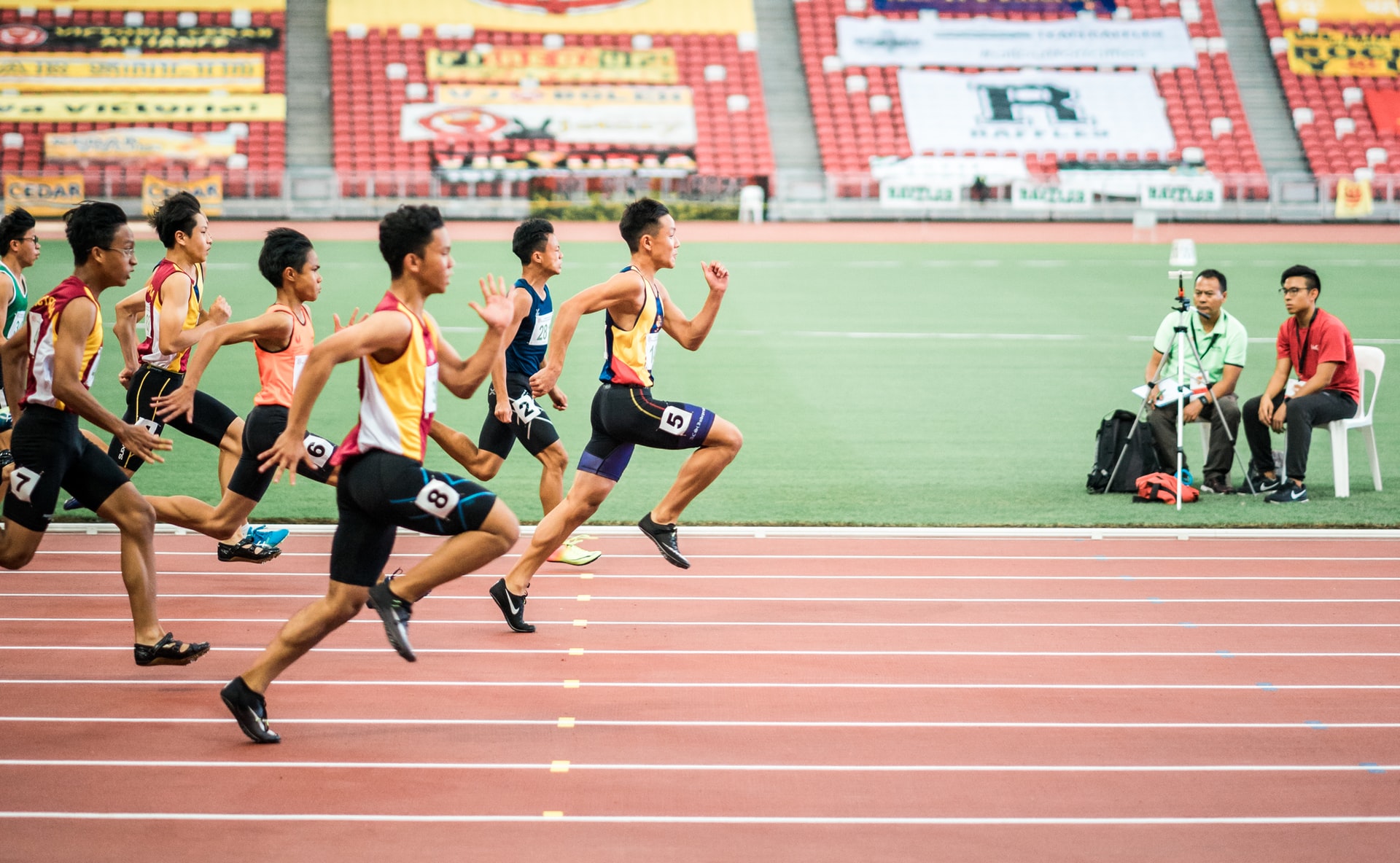 "That's one small step for man, one giant leap for mankind."

The immortal words of Neil Armstrong, the first man to walk on the moon, are etched in history. However, while most people remember his words to have stood for technological advancement and human exploration, the context of these words is often forgotten. Apollo 11's successful mission to the moon was the epoch of the Space Race, a rivalry that saw the United States and the former Soviet Union competing to become the first country in the world to achieve, sustain, and perfect spaceflight capability.

It's the year 2020 now and the Space Race is long over. Alas, it would seem that yet another race is taking shape, one that could have far-reaching consequences for economic policies the world over - the CBDC race.

China v. Rest of the world?

The Internet age has given us many technological races like Apple v. Microsoft, Netflix v. Amazon Prime, and Apple v. Android, but when have we ever seen a race that can be summed up as China v. Rest of the world?

Yes, China v. Rest of the world. That's what it has come to because the development of CBDCs wasn't a race until the Chinese made it one. Consider the number of countries that have spoken up about their CBDC plans, if any, since the aforementioned announcement - South Korea, Japan, Sweden, Ukraine, the United States, France... the list goes on.

In fact, another argument that can be put forth in support of calling the CBDC race 'China v. Rest of the world' is the fact that a few countries' proposals to develop or look into these CBDCs are colored by the fear of China and what it could achieve when its digital currency goes live.

Just consider the statement made by Japan's Parliamentary vice-minister for foreign affairs, Norihiro Nakayama. In a statement glaringly similar to the one given by the architect of PM Shinzo Abe's "Abenomics," Kozo Yamamoto, Nakayama told Reuters,

"China is moving toward issuing digital yuan, so we’d like to propose measures to counter such attempts."

Japan isn't the only country whose lawmakers are spooked out of their boots, however. The United States' lawmakers are too. In fact, at a hearing on monetary policy in February, a Congressman asked Federal Reserve Chairman Jerome Powell,

"How would you characterize our ability to respond to this potentially competitive threat?"

While Powell's response was evasive, at best, he did acknowledge the fact that most of the world's central banks are deliberating on the usefulness of launching CBDCs.

In fact, the actions of developed nations like Japan and South Korea are also providing impetus to the CBDC plans of other countries, with South Korea being the latest example. Just a few days ago, a Bank of Korea official reportedly claimed that the central bank was "readjusting" plans for possible issuance of a CBDC in the future, citing "enhanced research in the emerging area" and the actions of its allies, the United States and Japan.

However, it would be wrong to say that China alone was responsible for precipitating this CBDC race. In fact, according to some, Facebook's announcement of Libra was equally responsible. Take the case of Canada, for instance.

Canada was one of the foremost pioneers of studying the field, with its central bank, in partnership with the Monetary Authority of Singapore, live-testing a cross-border payments settlement protocol that used blockchain last year. However, the Bank of Canada did not come out impressed, with the central bank claiming that "there is not a compelling case to issue a CBDC at this time."

Alas, all that changed after Libra's announcement, with the Deputy Governor of the Bank of Canada, Nathan Lane, arguing that the central bank might look into the issuance of a CBDC after an assessment of Libra's success, if and when it launches.

Canada is not alone either, with the Banque de France opening up to the possibility of a CBDC too, specifically citing the threats that may be posed by Facebook's Libra.

Which is the bigger "threat" to the economic order of the world, however? Which of these factors is the true catalyst for the CBDC race? Well, that is a tricky question. And unfortunately, that's a discussion for another article.

The threat of the Chinese dragon

Why do countries see China's CBDC as a threat? Why are nation-states allowing political calculations to dictate monetary policies? Well, maybe because China is at the head of it. I mean, think about it. Would the world have reacted the same way if a country like say, the United States, had been the one taking the lead? No, they probably would not have, because unlike China, the United States is a star-spangled democracy. Thus the question arises, does the nature of polity have an effect on such perceptions?

There is good reason to believe that the answer is in the affirmative. After all, it's not just countries that have raised concerns regarding China's CBDC; NGOs have too. The Human Rights Foundation is one of them, with the organization's Chief Strategy Officer claiming that China's digital Yuan may be used as an instrument of surveillance and control by the State against its own citizens.

Academics have raised similar concerns, with Gavin Brown, Senior Lecturer (Associate Professor) at Manchester Metropolitan University, being one of them. When asked about whether some countries will take more assertive steps to control their populace by using CBDCs, Brown, while not alluding to China, told AMBCrypto,

"I'm not saying people or institutions will do that, but it gives them the potential to do that. Will any nation-state ever use that information for its own means for the purpose of control? I imagine they will. As to which nations these will be, we don't know yet, but it'll almost definitely happen."

However, there could be a simpler explanation too, one that discounts the nature of government and focuses on the country's bilateral relations instead. Fact - China is still engaged in a passive-aggressive trade war against the United States. Fact - China's expansion in the South China Sea has unnerved a lot of East Asian nations. Fact - China has been known to use debt-trap diplomacy to arm-twist nations into giving away leverage.

Simply put, China doesn't have a lot of friends. This is the reason why other nation-states are considering China's development of a CBDC to be provocative.

A race with no podium finish?

I feel that it has been established that global efforts to launch CBDCs are indeed a race. However, are comparisons to the Space Race justified? Is it even fair to draw such a comparison?

Well, some do not agree with such comparisons. When asked about the same, Scott Freeman, Co-founder of JST Capital, told AMBCrypto,

"...The Space Race was a zero-sum contest with one winner. In the case of CBDC, every central bank – and all commercial banks for that matter – are already or will be developing a strategy for implementing digital currencies. Digital currencies are an evolutionary technology that will be used by countries to further their central bank’s monetary policy. There won’t be one winner or loser in this race."

MMU's Gavin Brown also disagreed with such a comparison, arguing,

China's project and the world's subsequent rushed interest in CBDCs raise another question - Why? Well, to paraphrase the words of my favorite astronaut Commander Spock, "CBDCs - The final frontier."

Bitcoin and cryptocurrencies came to be in 2009, a small-scale creation that was meant to be a decentralized, peer-to-peer electronic cash system with no central arbiter. Since then, Bitcoin has emerged to become representative of a market that is today worth over $197 billion and hosts hundreds of altcoins.

While many skeptics will dismiss the market citing its volatility and risk, the fact of the matter is cryptocurrencies are being absorbed and adopted at a faster pace than perhaps any other modern technology.

In fact, this was recently highlighted by a research report released by the crypto-exchange Kraken, with the same claiming that in light of the decreasing time for tech adoption, Bitcoin's accelerated growth, and the low cost of the Internet, market saturation for Bitcoin, and by extension, the rest of the cryptocurrency market, could take place in a record number of years.

Central Bank Digital Currencies or CBDCs are, therefore, just a reflection of Bitcoin and cryptocurrencies' growing saturation. And nothing is better evidence of the same than the Bank of International Settlement's report last year which claimed that over 70% of the respondent central banks were involved in CBDC work (Since this report came out months before both China and Facebook's announcement, this number is likely to have shot up now).

To say that CBDCs might be the final frontier may not be an exaggeration. In fact, at a more personal level, they represent the human capacity to create, experiment, explore, and expand. However, at a more primal level, the present-day CBDC race also typifies the human nature to compete.

China may have started the CBDC race, but it's not like the race would've remained in the drawer without the Chinese. The race would have started, one way or the other. That's the way of the world, a world that continues to evolve.

The post Why other nation-states consider China's development of a CBDC to be provocative appeared first on AMBCrypto.