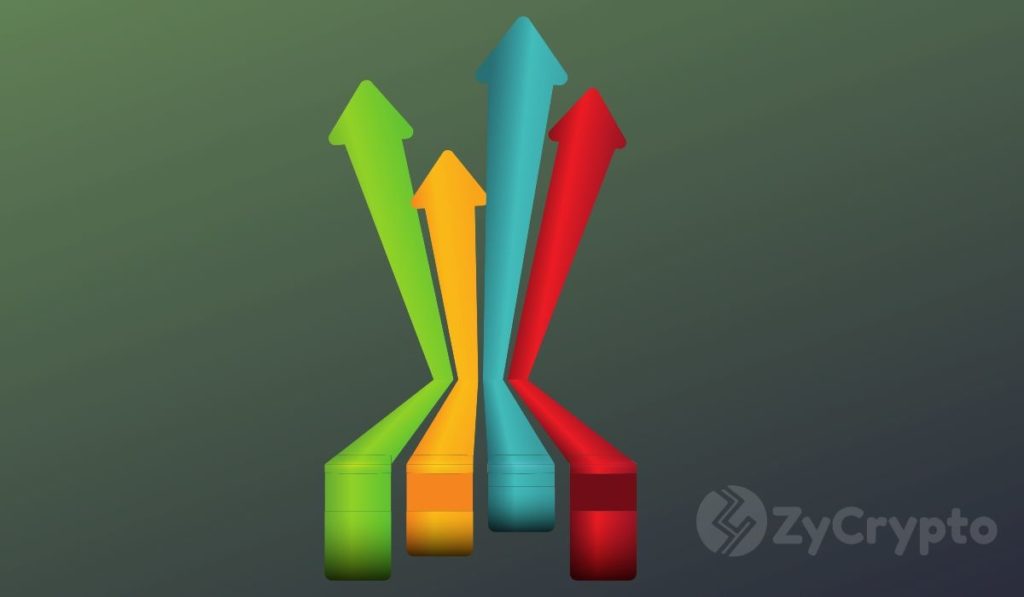 Altcoins have in the last couple of hours flashed green as they continue to impress for the second month this year. Their rally though triggered by Bitcoin comes as the leading crypto breaks below a key dominance level. Bitcoin’s dominance has in the last 24 hours dropped below 63%. With investors continuing to move their money into altcoins, altcoins are expected to continue soaring.

Despite the hit in its dominance, Bitcoin prices are in no way slowing down. In the last 24 hours, the number one digital asset has broken above its five-month high to reach over $10,300. This confirms that the asset is strongly bullish having set a higher low and now a higher high.

Bitcoin’s surge is said to have been fueled by FED chairman’s remarks over private transactions for digital currencies. The chairman, Jerome Powell stated;

“A ledger where you know everybody’s payments is not something that would be particularly attractive in the context of the US.”

On top of this, Bitcoin was flashing bullish indicators such as trading above the 200MA which as we reported, Tom Lee says has historically been followed by Bitcoin gaining 190% over the next six months.

Altseason Is On Full Swing

Bitcoin is certainly set to reach new highs over the coming weeks. But even then, it seems it will continue being outperformed by altcoins. This will largely be because the bullish start the altcoins have had will see more investors buy up altcoins pushed by FOMO. During the last altseason, Bitcoin’s dominance was in the lows of 50%, with the current trend, we could see it revisit this low when the 60% level is broken.

One of the altcoins that look poised to enjoy the most gains with the altseason is Ethereum. The altcoin has already been outperforming Bitcoin. Case and point, it has surged by over 14% in the last 24 hours while Bitcoin is up by 5%.

Other major coins are enjoying gains of between 6% and 20%. The highest gainers are Tezos with 22%, Ripple’s XRP up over 9% while EOS and ADA, which as we reported yesterday confirmed their Golden Cross, are both up by more than 10%.