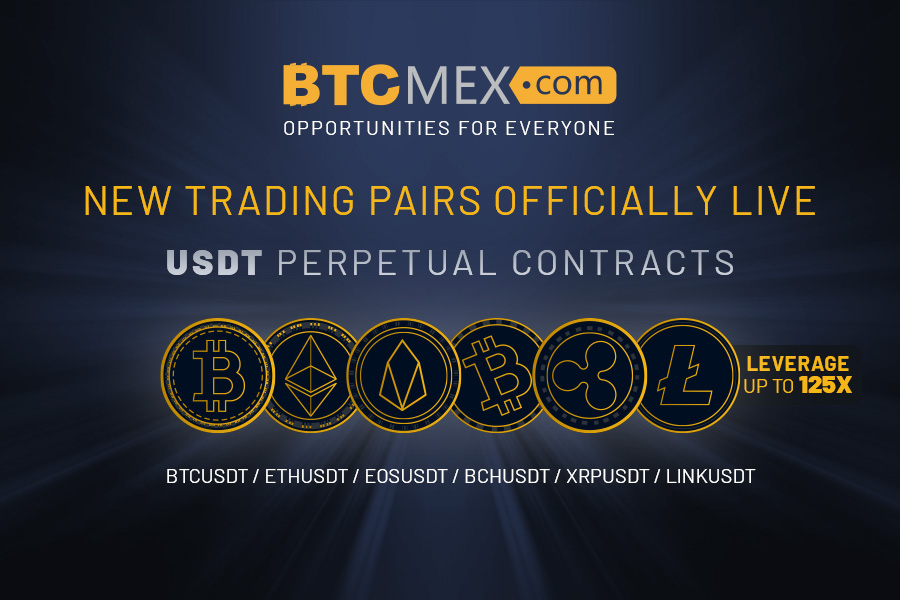 Crypto-derivatives exchange BTCMEX has just launched its new linear perpetual contracts. The new contract type will use USDT as a collateral, making profit and loss calculations easier, and more importantly, will allow traders to trade multiple pairs the exchange will offer using a single collateral instead of having to switch from coin to coin as other exchanges do.

The exchange has said that the new contract will offer up to 125X leverage and retains the same speed, deep liquidity, and low slippage the exchange is known for. The 6 new trading pairs given below will be added to the exchange to inaugurate the launch,

The move comes as BTCMEX celebrates its one-year anniversary that saw it rise to the top ten in the rankings of cryptocurrency derivatives trading platforms of several reputable listings. The additional contract type and pairs are sure to take the exchange even higher; something that is likely to go on since according to the exchange, new pairs, contract types, and features are soon following suit.

The new trading pairs comes alongside an ambitious API expansion plan, with the exchange improving the speed, features, and documentation of their professional REST and Websocket APIs. The move is aimed at attracting new API traders, together with discounts on trading fees for API users, server hosting, and personalized 1-on-1 managers designed to provide additional benefits.

BTCMEX is a cryptocurrency Derivatives exchange headquartered in Hong Kong with offices in Europe, Asia, and America. It was founded and invested in by ex-financial executives and crypto-professionals, the most famous of which was Li Xiao Lai, China’s biggest crypto-trader, hodler, and investor.

It offers 125x Leverage Perpetual contracts with multiple pairs with both BTC and USDT as collateral. The exchange has the lowest flexible fees, advanced security features, no overloads or server downtime, and an Affiliate program offering up to 60% for affiliates, and 20% for sub-affiliates.

Disclaimer: This is a paid post and should not be considered as news/advice.