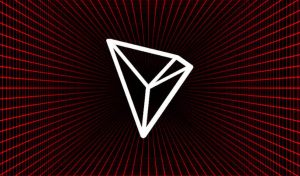 The cryptocurrency market has been on a rollercoaster ride in the past few days despite experiencing a fair run since the start of the year. Top altcoins witnessed a rather slow sideways movement in price in the past week before breaking out to new resistance levels that may well signal the start of an altcoin season. Tron (TRX) has been one of the standout performers through the year and the past 24 hours price increase by 8.34% is a testament to the excellent performance recorded by the token, now trading at $0.01850 USD.

The soar in TRX price comes at a time Tron Foundation, the leading developer on Tron, announced an airdrop OF WIN tokens to TRX holders. Moreover, the total number of Tether (USDT) on Tron blockchain is a short while away from surpassing the Omni-based USDT tokens, with close to a billion dollars on the chain.

There's now close to a billion dollars worth of Tether issued on Tron (USDT-TRX).

TRX/USD spikes over 8% following a blitz of activities

The daily relative strength index is oscillating in the overbought level at 69.26 with a bullish projection on the price. The moving average divergence convergence (MACD) further signals a continuation of the bullish run after a golden cross formation.

The spike in Tron’s price may be closely related to the recent announcement by TRON Foundation to offer airdrops to TRON holders on Poloneix exchange. The official announcement states,

The post Tron (TRX) Soars Over 8% A Day Setting Bulls Target At $0.02000 appeared first on Coingape.