*price at the time of writing

After partnering with Microsoft in early December 2019, Enjin Coin witnessed a magnificent growth that brought the market out of a downward trend, surging about 50% to $0.107. Followed by a retracement, the price of ENJ has since been struggling below the mentioned price levels.

How to buy Enjin (ENJ) on Binance?

Although the ENJ market appeared coming up against the US Dollar after finding support at $0.07 a few days back. Yesterday, the price got rejected around $0.091, now dropped to where ENJ is priced at $0.84. If the token can locates support at $0.077, we should expect a continuation of the current bullish setup.

A steep fall beneath $0.077 might roll ENJ back to the green support area of $0.07 on the daily chart. The $0.06 could also serve as subsequent support if the green area fails to contain selling pressure. As of now, Enjin is showing a sign of recovery on the technical indicators. If we continue to see such performance, the next buying levels to look out for are $0.107, $0.12 and $0.14 resistance. 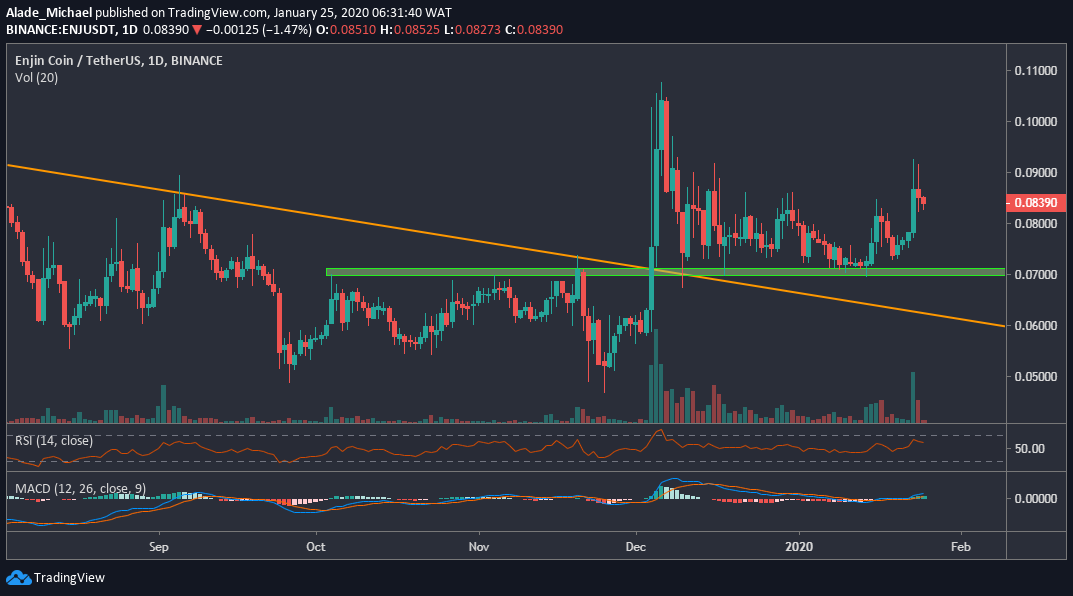 This week, Enjin Coin recorded a substantial increase after correcting down to $0.07. Due to the recent rebound, the price of ENJ further broke the 7 weeks descending trend line. After reaching the $0.093 mark, the market is now retracing near the green-broken trend line, although the orange rising trend line is similarly acting as support on the 4-hours chart.

As suggested on the technical indicators, ENJ is preparing to drop the more. The selling target here is $0.08 support. A drive beneath the orange line could lead to a severe drop in price. However, a bounce on the orange line would allow buyers to regain momentum as $0.09 resistance may resurface. But for now, ENJ is under correction. We should expect a bullish continuation as soon as sellers lose momentum. 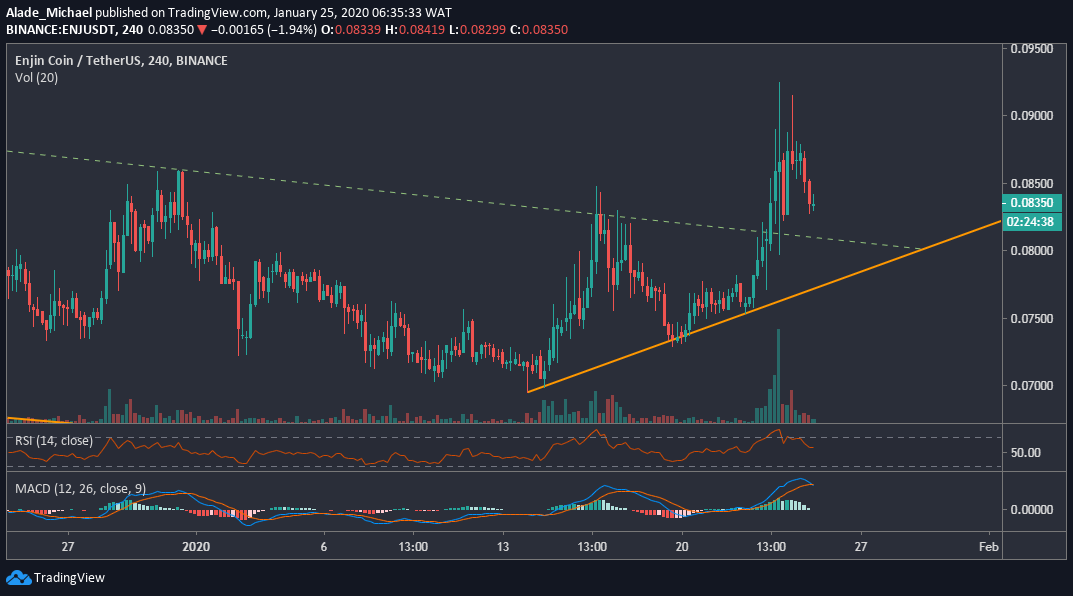 Following a -2.50% losses under 24-hours, Enjin Coin is now trading around crucial support, which would determine the next major rally in the market. Meanwhile, the 68th largest cryptocurrency on the market cap rank is now subdued with choppy price actions. However, an upsurge could trigger a bounce back to previous resistance of $0.088 and $0.092 levels.

A down-surge could cause a huge drop into the green support area of $0.077. As we can see on the hourly MACD and RSI indicators, the ENJ market is on a downward range. The bearish bias could get worse if these technical indicators slump to their lowest zones. 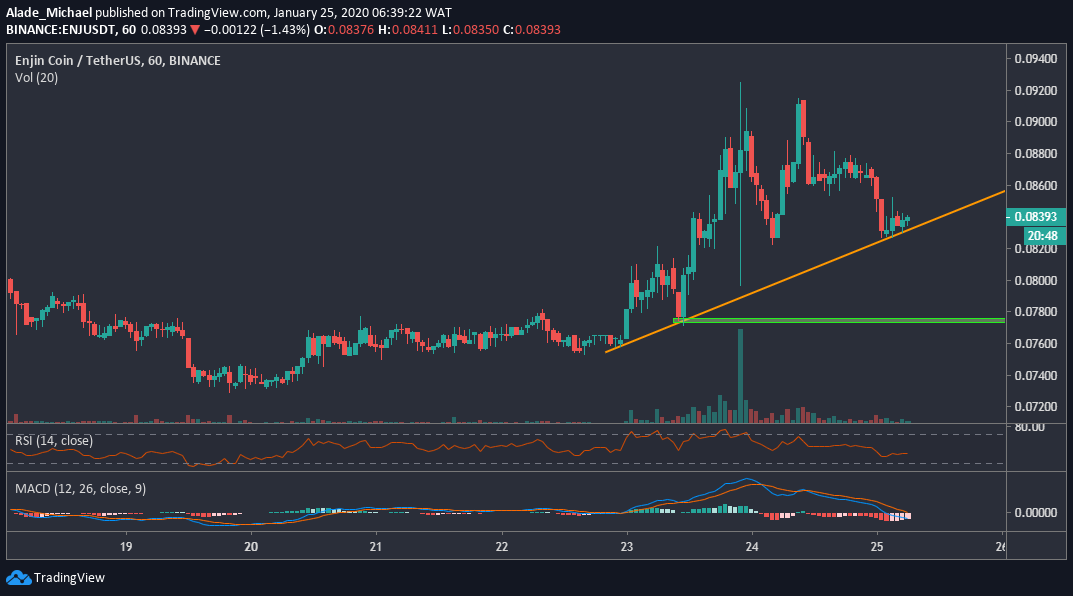 The long-term bullish bias is unclear as ENJ needs to reclaim $0.01 for strong momentum. If the current pullback is supported by $0.077, the short-term bullish sentiment would resume. It may otherwise end if the price slips back to $0.07.

At CoinCodex, we regularly publish price analysis articles focused on the top cryptocurrencies. Here's 3 of our most recent articles about the price of Enjin: