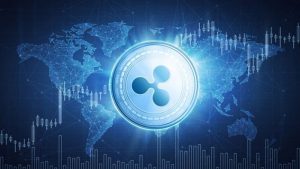 XRP soared to yearly highs in the early trading hours of the Asian market breaching key resistance at $0.28880 USD as Ripple Inc. announced plans to amend the governance of the XRP Ledger (XRPL). The developments on the platform and increased buying pressure on the token looks set to push the price above the psychological resistance level at $0.30000 USD in the coming days.

The crypto market has been on a sustained bull run since the start of 2020 as the price of top altcoins registered new highs. Bitcoin (BTC) is at its highest since October, Ethereum (ETH) is on the verge of breaking $250 USD milestone and the third-largest token, XRP, has seen a magnificent growth of 57.2% from lows set on January 3rd to trade at $0.29100 USD, as at the time of writing.

As the #XRPL network grows, so does the need for improved governance.https://t.co/AKG7XM6qrt

XRP, a digital asset that has long been taunted across communities, is finally rising up –signaling a possible spike to $0.30 USD in the coming days. As the asset grows, the Ripple Inc. developers are focusing on building a more efficient, secure and robust governance system on the XRP Ledger to enhance adoption of the platform.

According to an official blog post, a new amendment process will allow users and developers to weigh in on features of the XRP Ledger in a grace period before implementation. The post reads,

“Validators that want the amendment to be activated on the network can indicate this. If 80% support is seen, validators will start a two week clock to enable the amendment. The amendment must hold 80% support through the two weeks or the cycle must start over.”

The waiting period gives “validators” a period to discuss the features, change their opinions on the feature and even change to new validators before the product is implemented on XRPL. The process is set to minimize the possibilities of forks across the network if validators do not agree on a specific feature.

Could the new governance amendments push XRP to $0.30 USD?

The new governance amendments look set to impact the market as it enables wider adoption of the XRPL and in turn an effect on XRP is expected. Looking at the market fundamentals, the cross above the $0.29100 USD mark –which is the highest price in 2020 – saw the coin breach the key near term resistance on the short timeframe charts provided by the 20-day Bollinger Bands upper band.

A close of the 4-hour candle above this price opens up possibilities of the coin testing 2019 highs of $0.500 USD as the cross of the psychological level at $0.300 USD looks all more likely.