Are Tom Brady and Larry David Liable for the FTX Disaster? 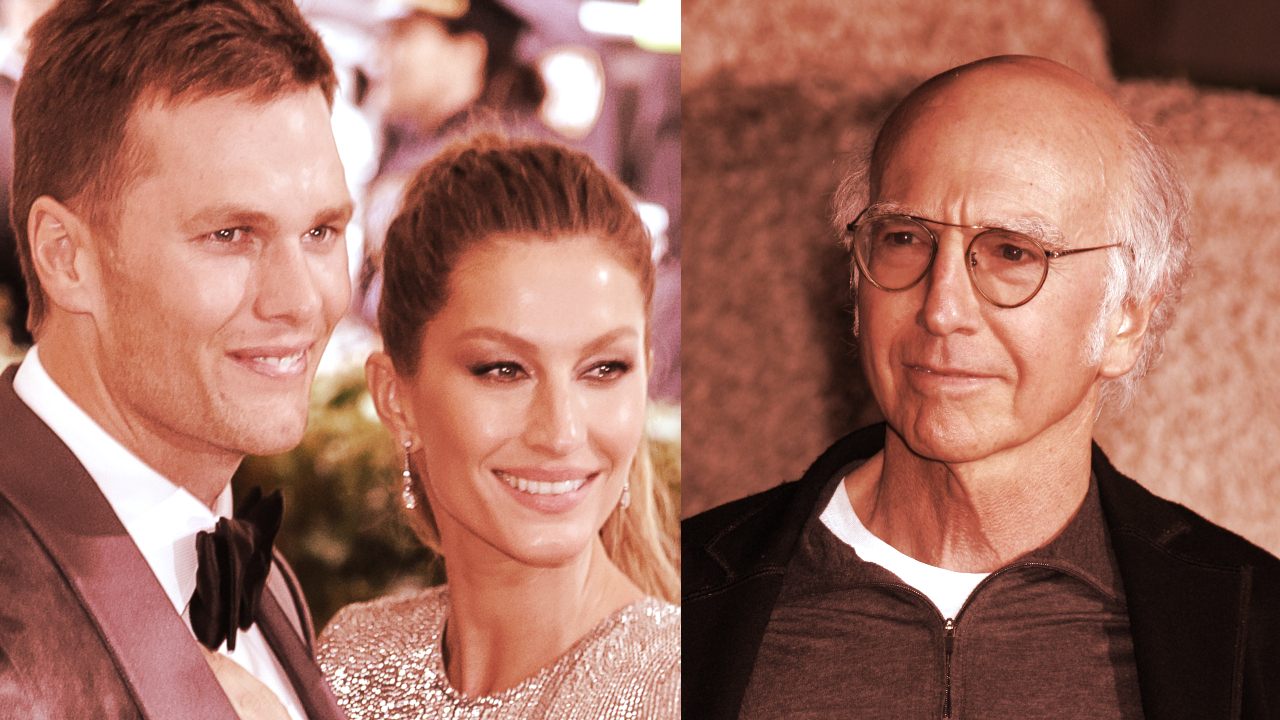 Just months ago, FTX looked unstoppable. The crypto exchange was actively courting the highest echelons of Washington’s elite, its wunderkind CEO graced magazine cover after magazine cover, and A-listers including Tom Brady, Larry David, Gisele Bundchen, Steph Curry, and Shaquille O’Neal were lining up to endorse the company and spread its reach to the masses.

FTX has since collapsed, in sudden and historic fashion, amid claims of corporate malfeasance on a scale that puts Enron to shame. As the once-dominant, now-defunct exchange grapples with bankruptcy and potential federal criminal inquiries, some are attempting to drag the company’s cadre of celebrity promoters down with it.

On Wednesday, a group of plaintiffs filed a class-action suit against FTX in a federal court in Florida, and named multiple celebrity endorsers of FTX as co-defendants in the case. The suit’s claims—leveled not just at FTX founder Sam Bankman-Fried and the company itself, but also at the likes of Tom Brady, Larry David, Steph Curry, the Golden State Warriors, Naomi Osaka, along with numerous other celebrity promoters of the company—range from alleged violations of securities laws, to deceptive and false advertising, to conspiracy to commit fraud.

How likely are those hefty allegations to stick to the likes of Brady, David, Curry, and other former FTX promoters?

“There’s not been a lot of precedent for holding celebrities accountable in this sort of case,” Hannah Taylor, a partner at law firm Frankfurt and Kurnit specializing in consumer protection and blockchain technology, told Decrypt. “It’s usually done to help draw PR attention to a case.”

The suit’s allegations span a wide range of legal topics and standards. But core to most of them is the matter of knowledge and intent. Did these celebrities know they were peddling inaccurate information? Were they knowingly exposing everyday consumers to financial ruin?

That may prove a tough hill to climb: proving that Larry David knew about FTX’s liquidity issues, or its sister company Alameda Research and its troubling stake in FTX-issued FTT tokens, or even what a “token” is in the first place would be very difficult.

“What’s really going to be hard for them is to prove the idea of conspiracy or fraud—the idea that [these celebrities] were somehow part of some mastermind scheme to defraud consumers,” said Taylor. “I think that’s unlikely.”

Though last week’s class action suit against FTX was filed in federal court, its claims of deceptive and false advertising invoked Florida state laws, which hinge on the matter of intent, according to Florida State law professor Jake Linford.

“Florida laws tend to require fraud,” Linford told Decrypt. “What you'd have to say, more or less, is that Tom Brady knew this was a scam and made the ad anyway.”

“I think it's unlikely the plaintiffs would succeed in a suit against the advertising spokespersons directly,” Linford continued. “Because what are we supposed to assume Larry David knows about cryptocurrency?”

There are still factors that could increase a celebrity’s exposure to liability, though. The further their statements on FTX strayed from a general endorsement to specific claims of safety, trustworthiness, or guaranteed returns, the greater the risk of liability, Taylor said.

“I’m not an expert, and I don’t need to be. With FTX I have everything I need to buy, sell and trade crypto safely,” Curry counseled from a mansion’s couch in a March FTX ad.

Linford, however, believes the Federal Trade Commission (FTC)—the federal agency generally responsible for regulating false advertising—doesn’t care too much about parsing the language of individual commercials. After all, the words of every FTX commercial, regardless of its celebrity mouthpiece, were chosen by FTX.

FTX Bankruptcy Filing: 'No Amounts' Will Be Paid to SBF or His Inner Circle

“Generally speaking, the FTC is more worried about the advertiser, and what kind of script is handed off to the spokesperson by the advertiser,” said Linford. “And where a lot of your trouble can come from is really from the FTC.”

The FTC, however, may not be the only federal agency involved in this saga. The class-action lawsuit also invoked Florida state securities laws, claiming that FTX violated such statutes by peddling unregistered yield-bearing accounts (YBAs) like staking pools, which offered users guaranteed returns on deposits.

On Wednesday, the suit’s plaintiffs requested a declaratory judgment from the court on the question of these YBAs securities’ status; in plain English, that means the case’s judge will have to make a call soon—yes or no—as to whether FTX’s YBAs were indeed unregistered securities. If they were, things get more complicated quickly for FTX’s celebrity fellow travelers.

“Once a digital asset that someone is promoting is found to be a security, additional rules apply about what they have to disclose and how they have to engage with consumers,” Taylor said.

Last month, the Securities and Exchange Commission (SEC) charged Kim Kardashian with securities violations for promoting an Ethereum-based token, EthereumMax, while failing to disclose the $250,000 she received for the promotion. Kardashian ultimately agreed to pay a $1.6 million fine for the infraction.

Kardashian became ensnared in the SEC’s crosshairs because the agency, a year after the fact, claimed EthereumMax to be a “crypto asset security.” The SEC thus alleged Kardashian failed to disclose the amount she was paid to promote a security, when she made a pro-EthereumMax Instagram post in 2021. That sort of disclosure obligation wouldn’t apply to promotions of non-securitized products, like vegan meat substitutes, for example.

If the Florida judge in last week’s lawsuit rules that FTX’s YBAs were in fact securities, past celebrity endorsers of FTX could be exposed to increased liability, said Taylor.

And even without a favorable ruling, the suit itself could attract the interest of the SEC, as in the case of Kardashian, or other state regulators. Indeed, securities regulators in Texas are already "taking a close look" at FTX's celebrity endorsers, according to a Bloomberg report.

For Taylor, the class-action lawsuit could likely be the least of these celebrities’ worries.

“Even if these plaintiffs might not be able to prove from a class action standpoint that these celebrities were willfully involved in some conspiracy to defraud consumers, you might have technical noncompliance with other laws,” she said.