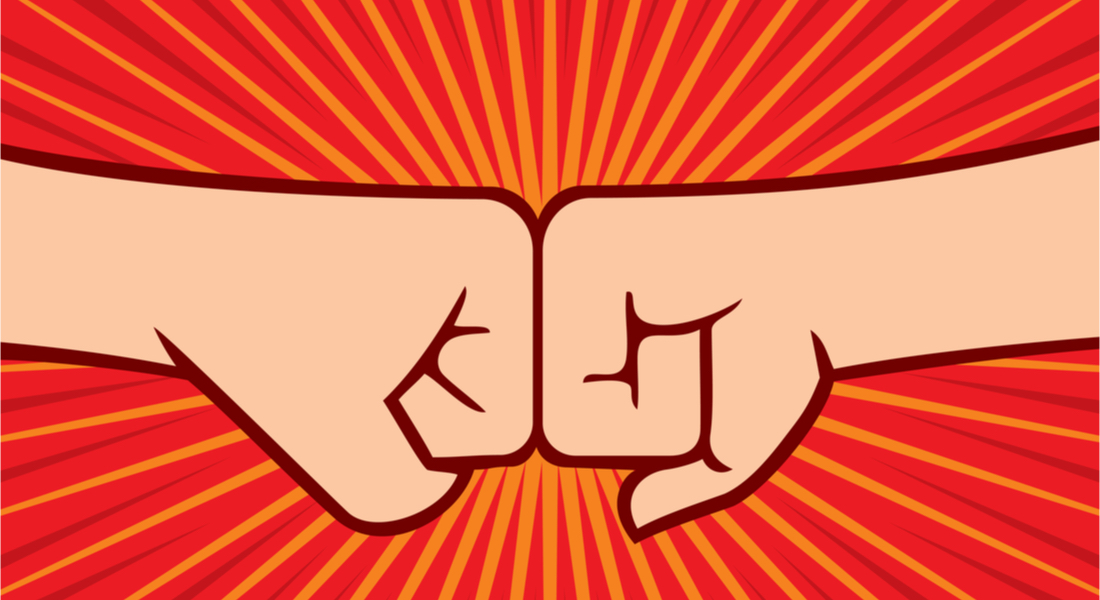 If Bitcoin is a Stark, then the month of March was its Red Wedding episode.

Out of nowhere, a virus stabbed the cryptocurrency market by surprise, taking away all the dignified gains it had made until mid-Q1/2020. It took bitcoin just 24 hours to fizzle by more than 50 percent. The cryptocurrency plunged and plunged – from the happy highs above $9,100 to the grim lows below $4,000.

It was a bloodbath. Traders, investors, speculators – all panicked and sold off their crypto positions in anticipation of more losses.

Jump to May 2020 – two months after the broad sell-off – Bitcoin was among the most profitable assets across the conventional and non-conventional markets. Its price topped near $10,700 as on the 7th day of the month.

Between March and now, the market cap of Bitcoin grew from some $93 billion to $173 billion. Many factors breathed life into the Jon Snow Stark Targaryen-like cryptocurrency – and most of them pointed at Wall Street.

March’s brutal sell-off had more than one victim. Apart from Bitcoin, the month saw investors dumping their positions across the financial markets, including the U.S. Stocks, Gold, Oil, and even perceivably safer government bonds.

On the whole, the U.S. market lost about $10 trillion in a month.

The crash that no one predicted came after healthcare professionals raised alarms about the global health threat from the novel coronavirus outbreak in China. Donald Trump initially downplayed the danger but had to bow down once the virus reached the American shores and its financial hubs in New York.

Nevertheless, equity investors looked past dire economic statistics and pushed all the three Wall Street indices – the S&P 500, the Dow Jones, and the Nasdaq, higher.

Interestingly, Bitcoin tailed the Wall Street rebound. After one point, the cryptocurrency even surpassed the three indices’ combined recoveries, rising more than 150 percent until May 2020.

But what led all these markets to rebound amid a weak economic outlook? A big-fat dollar injection.

On the night of March 29, U.S. President Donald Trump signed a $2.2 trillion stimulus bill to slow the economic contraction caused by the coronavirus pandemic. The package offered relief to individuals, small businesses, and corporations (via loans, direct payments, and tax breaks).

A week before the “the Coronavirus Aid, Relief & Economic Security Act,” the U.S. Federal Reserve had separately announced an open-ended stimulus program to purchase assets while lowering its benchmark interest rates to near zero.

The move meant an unlimited monetization of Treasury issuances that later formed the base for the $2 trillion government aid.

The vast and expanding support from the Fed propped up the S&P 500 index, the Nasdaq Composite, and the Dow Jones. So it appears, a small portion of the emergency fund also entered the Bitcoin market, pumping it far more aggressively than traditional equities.

The move uphill also marked the beginning of a new positive correlation between Bitcoin and the S&P 500. Up until May 13, the cryptocurrency was almost tailing the Wall Street benchmark.

Gains on Wall Street met skeptical responses from top analysts and market researchers. The fact that indices recovered faster despite the worsening economic damage led some to predict a slow and steady downfall in the U.S. stock market. And there are reasons.

First, the federal stimulus is giving false hopes of an extended recovery. The moment the cash plug goes off, it could crash the stock market.

Second, lifting lockdown won’t resume businesses back to normal and handle everyone their lost jobs again. It will take at least two years for entrepreneurs to cover their losses as social distancing would keep half of their customers away.

Third, even if the U.S. flattens its infection curve, the second wave of new coronavirus cases could emerge. Fears of surprising market downturns would keep investors on edge until a vaccine is found.

Last, the Fed can’t save an economy from falling into recession, no matter the size of the U.S. dollar it put into the banking system. Lowering interest rates and buying corporate debts does no right when people are not willing to spend the money.

“While stimulus programs offset near-term disruption given generous unemployment benefits, lower interest rates, and falling gasoline prices, the joblessness is stunning, and it could take years to recover.” – noted Tobias Levkovich at Citi.

So does that mean that correlation between Bitcoin and Wall Street indices could crash the cryptocurrency as well? The latest signs say a hesitant No.

As stated earlier in this report, Bitcoin had many reasons to recover by more than 150 percent from its March lows. The fed stimulus was – indeed – one among them.

But the reason why investors became overly enthusiastic about Bitcoin was its third “halving” on May 12. The quadrennial technical upgrade every time cut the supply of bitcoin by half against its limited 21 million unit supply.

Since the first two halving have led the bitcoin price quintessentially higher, investors believe that its third outing will do the same, with one prediction model envisioning the price to hit $288,000 by 2022.

Global media, including the likes of the Wall Street Journal, the Financial Times, Bloomberg, and CNBC, vastly covered the Bitcoin’s recovery under an additional context of halving. The hype helped the cryptocurrency to reach influential individuals on Wall Street, which were, by then, hedging their risks in traditional assets.

First, Renaissance Technologies, the renowned $160 billion quant hedge fund, stated in its SEC filing that its Medallion Funds had a go-ahead “to enter into bitcoin futures transactions.”

That shortly followed billionaire hedge fund pioneer Paul Tudor Jones’ admission in an investment letter that he is buying bitcoin. The veteran investor, who heads a $22 million hedge fund, told CNBC that he would put 1-2 of his total allocation into bitcoin futures. Excerpts from his note:

“At the end of the day, the best profit-maximizing strategy is to own the fastest horse. Just own the best performer and not get wed to an intellectual side that might leave you weeping in the performance dust because you thought you were smarter than the market. If I am forced to forecast, my bet is it will be Bitcoin.”

Then, shortly after the halving, banking giant JP Morgan Chase & Co. announced that it is going to offer services to two U.S. crypto exchanges: Coinbase and Kraken.

The change of heart happened, nevertheless.

The latter half of the running week saw Bitcoin breaking its short-term correlation with the S&P 500. It instead rallied alongside risk-off assets such as Gold and Silver.

The cryptocurrency picked a different path shortly after the Federal Reserve Chairman Jerome Powell’s grim outlook on the U.S. economy Wednesday. A day later, the U.S. labor department revealed that the total number of unemployment claims topped 36 million since mid-March.

The initial reaction showed investors’ willingness to stick with cryptos against a weakening financial outlook. In its totality, Bitcoin and Wall Street remains uncorrelated, which makes it attractive to big investors looking for risk-aversive hedging instruments.

The theory fits as the market runs out of options. Veteran analyst Michael Gayed saw even the least risky safe-haven, the U.S. 10-year Treasury bonds, collapsing under the crisis’s pressure.

“Risk-off is about to return in two waves — first bonds, then stocks. Two crashes,” Gayed said.

So far, it appears like an end of decade-old social distancing between Bitcoin and Wall Street.

CoinStats Crypto Tracker App: 3 Reasons Why You Should Use It