Steve Mnuchin is no Bitcoin fan.

The US Treasury Secretary took shots at the cryptocurrency in July 2019, calling it an equivalent of “Swiss-numbered bank accounts” that facilitated money laundering and other illicit financial activities.

“I want to be careful that anybody who’s using bitcoin — regardless of what the price is — is using it for proper purposes and not illicit purposes,” he told CNBC in an interview. “And there are billions of dollars of transactions going on in bitcoin and other cryptocurrencies for illicit purposes.”

Former national security advisor John Bolton later revealed in his book that Donald Trump had ordered Mr. Mnuchin to “go after Bitcoin.” Incidentally, the outgoing president had bad-mouthed the cryptocurrency a few days before Mr. Mnuchin went live on CNBC to further tear it apart.

But the Trump administration went mum on their witch-hunt later, barring this one time in February 2020 when Mr. Mnuchin told the Senate Finance Committee that they were looking into regulating cryptocurrencies.

The next month, BTC/USD crashed by almost 60 percent amid a global market rout led by the lockdowns imposed to curb the spread of coronavirus pandemic. Traders with exposure in Bitcoin as well as traditional markets sold the former to cover their losses elsewhere. They sought cash.

Later, the Federal Reserve intervened with its near-zero interest rates and infinite bond-buying programs to aid the US economy through the pandemic. The US Congress, meanwhile, passed a $2.3 trillion stimulus package to help the American households and individuals with a $1,200 monthly benefit.

The surprise money injection pressured the US dollar into trending lower. Meanwhile, the emergency lending programs safeguarded the US economy against pandemic-led stress.

But its presence also reduced the appeal of government and corporate Treasurys by lowering their yields. As a result, investors looking for profitable alternatives decided to put their cash into riskier assets, benefiting the stock and gold market.

Bitcoin became the biggest beneficiary of the Fed’s expansionary policies. The cryptocurrency rose from its mid-March low of $3,858 to as high as $18,830 on November 20.

Part of the reason behind its rally was institutionalization. Many big corporations replaced their cash reserves with Bitcoin, noting that the US dollar’s long-term outlook was severely bearish due to its open-ended supply.

Bitcoin, on the other hand, has a supply cap of just 21 million tokens. About 18 million of those units are already in circulation.

But Mr. Mnuchin returned to spoil the bullish party. On Thursday night, he decided to not extend the Fed’s emergency facilities created to lend to the Main Street firms and state and local governments and support asset-backed securities.

The markets reacted negatively to the news. While the US stocks closed lower on Friday, gold also plunged and traded near its local support level. But surprisingly, Bitcoin emerged harmless out of the Mnuchin-led FUD.

Conversely, Bitcoin reached another year-to-date high on Friday as it moved further closer to its all-time peak of $20,000.

The reason was a flurry of optimistic news and mainstream media coverages that kept Bitcoin sentiment higher. For instance, ARK Investment Management CEO Catherine Wood told Barron on Friday that Bitcoin could hit $500,000.

Their statements followed as more and more billionaire investors and firms revealed their Bitcoin positions in recent days. That included Mexican billionaire Ricardo Salinas Pliego who said that 10 percent of his net portfolio has exposure in cryptocurrency.

So it appears, BTC/USD finally showed strengthening signs of becoming an independent asset. The cryptocurrency’s lack of responsiveness to Mr. Mnuchin’s anti-economy proved its resilience.

Of course, Steve Mnuchin is no Bitcoin fan. 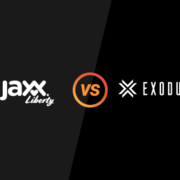