Glauber Contessoto — who became known as the “Dogecoin Millionaire” after investing his life savings in the memecoin in February — shared his next big move and why he got into crypto in an exclusive interview with CoinStats.

This 33-year-old Dogecoin millionaire with a background in hip hop said, “I worked for a  company in Hollywood for the past four years, running their video department and YouTube channel, covering all things hip hop.”

Elon Musk Inspired Many, But This One’s Different

Contessoto started investing in stocks before crypto but after GameStop Corp stocks collapsed from $347.51 on January 27th to $40.69 on February 18th he decided to go for an alternative. He said, “Understanding what happened with it [GameStop] and how unfair I felt the stock market really was, I looked into crypto and realized this was an alternative way of investing my money.”

Over the following weeks, he researched about crypto and found Dogecoin (DOGE) from Reddit threads, and subsequently invested all of his life savings into the memecoin, adding that “[I] still hold my initial buy-in to this day. Dogecoin, developed in 2013 as a joke, was the first memecoin and the first time money was combined with a meme to create a digital currency used to buy and sell things.”

Moreover, the Dogecoin millionaire said that he saw value in the younger generation using memes as a form of communication. Along with the power of social media and the culture surrounding viral moments combined with cryptocurrency, Contessoto sees this combination as the future of “how we will see money and create wealth for future generations.”

Contessoto claims that he still hodls his initial buy-in of around 4.3 million Dogecoin worth around $733,000, at the time of writing, and has no plans to sell it as of right now. Dogecoin is currently being traded at $0.1639, about 26% down in the past 30 days.

He Has Other Plans

In addition to hodling Dogecoin, Contessoto is bullish about the future of Floki Inu (FLOKI), another memecoin. “FLOKI has many things going for it.” FLOKI, inspired by Elon Musk’s Shiba Inu dog named after a Viking character, was created in July. It has a maximum supply of 10 trillion FLOKI and is currently traded at $0.0001084, at the time of writing, around 43% down in the past 30 days.

The project’s team is working on a metaverse non-fungible token (NFT) play-to-earn video game called Valhalla where players can make real money and make a living just by playing the video game. Meanwhile, Floki University is creating an educational platform to teach people about cryptocurrency and blockchain technology.

They have partnered with Pencils of Promise, a charity that builds schools in undeveloped countries around the world. Besides, FlokiPlaces, a merchandise and NFT marketplace, aims to help people purchase real-life goods and NFTs using cryptocurrencies, mainly FLOKI. FLOKI has amassed an incredible community calling themselves “Floki Vikings.”

Floki’s marketing is the “greatest,” according to Contessoto: “They have ads everywhere and have partnered with various soccer teams around the world for brand awareness.”

Contessoto gravitates toward newer coins and tokens with smaller market caps because “those are the most exciting things to talk about, even if they’re extremely risky.” He always advises others “to be careful” and research before investing in cryptocurrency, especially newer projects. Although he loves to go all in, he doesn’t suggest putting in more money than one can afford to lose.

Nonetheless, Contessoto holds more than 822 million FLOKI tokens, worth around $100,000 at the time of writing. He believes FLOKI utilities and community can help it “get to the moon,” an expression used by bullish investors.

“The future is crypto. The future is also crypto gaming which will be incredible next year and in the coming years,” the Dogecoin millionaire commented. In addition, he believes that only a few memecoins will surpass their initial offerings and have the potential to become staples in the industry․

Is That The End of The Story

Becoming a DOGE millionaire and getting featured on major world outlets has made Contessoto a crypto celebrity on social media. Last but not least, he plans to grow his social media presence “by remaining very active in the crypto space, talking about many projects, and creating tons of content.”

“My advice to those wanting to build their social media presence, especially on Twitter, is to be extremely active and talk about projects you’re passionate about,” he said.

At the time of writing, the Dogecoin millionaire has 202k followers on Twitter. 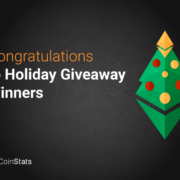 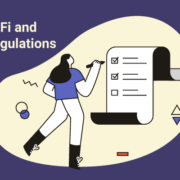 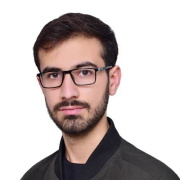 Wahid Pessarley
Crypto, Finance & DeFi Journalist Writer. Wahid is a hungry learner & Creative Writer. His goal is to promote decentralization to everyone on the planet.