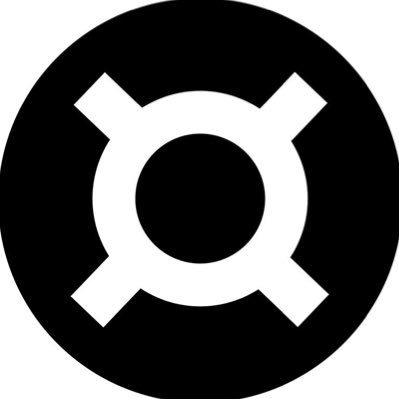 -
2%
3%
%
Swap by the best price from all sources.
The quote includes - CoinStats DeFi Swap fee.

Frax Finance is a project featuring the FRAX token, an Ethereum-based algorithmic stablecoin that is partially collateralized. The token is fractional-algorithmic, which is an innovative category of stablecoins, where part of the supply is backed by collateral and part of it is algorithmic.

The Frax system offers fast transactions, ultra-low fees, and the ability to trade directly with other cryptocurrencies.

Check the current Frax price, market cap, circulating supply, trading volume, historical statistics, etc., along with in-depth information on several of the biggest and fastest-growing cryptocurrencies on CoinStats, one of the best crypto platforms around.

CoinStats is a cryptocurrency research and portfolio tracker app that provides investment advice and valuable information on cryptocurrencies, including their real-time prices, to help investors make better decisions.

Read on to learn everything you need to know about the Frax platform and the FRAX token.

What Is the Frax Protocol (FRAX)

Frax is an open-source, permissionless protocol that runs exclusively on the blockchain. It's the first stablecoin system that uses a fractional algorithm and the only stablecoin with parts of its supply backed by collateral and parts of the supply algorithmic. The ratio of collateralized and algorithmic depends on the market's pricing of the FRAX stablecoin.

The Frax protocol is a two-token system encompassing a stablecoin, Frax (FRAX), and a governance token, Frax Shares (FXS). FXS is a financial investment and governance asset, whereas Frax is a cryptocurrency-tokenized currency.

Frax protocol aims to serve as a DeFi (decentralized finance) money market that offers scalable, decentralized algorithmic money in lieu of fixed-supply digital assets such as Bitcoin. One of the use cases of the Frax stablecoin is providing investors with the option to earn interest on their crypto assets through DeFi markets. As FRAX price is stable, it reduces the impacts of market volatility.

To maintain the 1:1 peg to the USD, Frax balances the collateralized and algorithmic portions of the FRAX stablecoin. So, in the case of the FRAX price surpassing $1, the protocol reduces the collateral ratio. If the FRAX price goes below $1, the system increases the ratio of collateral. In the process of minting new FRAX stablecoins, the circulating supply of Frax Shares decreases. Additionally, when the protocol reduces the ratio of collateralization, an increased number of FXS tokens are burned for a corresponding amount of FRAX, which increases FXS value.

The price of Frax Shares (FXS), on the other hand, is volatile. FXS empowers the system with the governance and utility carried out through it. FXS is needed to mint new FRAX stablecoins, vote on proposals, and pay for protocol fees.

In the future, Frax Finance aims to support various currencies and become a permissionless measurement of value.

How Many FRAX and FXS Coins Are There in Circulation

The supply of FRAX stablecoin is constantly changing due to its fractional-algorithmic monetary policy. This means that the supply continually changes to keep the FRAX price equal to $1. As of January 16, 2022, over 2 billion FRAX tokens are in circulation. The token is among the ten largest stablecoins with over a $2 billion market cap.

FXS tokens have had a hard cap of 100 million at the start of the protocol; however, the amount in circulation is deflationary as FXS is used to mint new FRAX stablecoins. According to the technical architecture of the Frax Protocol, the supply of Frax Shares Tokens decreases along with the growing demand for the FRAX stablecoins.

When the FRAX adoption and usage grows, the system burns FXS tokens, removing them from circulation.

Who Founded the FRAX Protocol

Sam Kazemian, an American software developer, came up with the idea of a fractional-algorithmic stablecoin in 2019 and founded the Frax Protocol.

Sam Kazemian came up with the concept when he noticed that the number of stablecoins was rapidly increasing, but none of them combined algorithmic monetary policy with collateralization. Algorithmic monetary policy projects had either failed or been shut down because of a lack of traction in the real world. So, Frax was created to gauge the market's confidence in a stablecoin that is both partially algorithmic and partially collateralized.

The Frax Platform and Its Products

To leverage the possibilities of DeFi, Frax Finance offers several services and products such as yield farming, staking, lending, etc. Below are some of FRAX Finance's products and services.

Frax uses the veFXS model similar to the veCRV mechanism used by the DeFi platform Curve. Users lock their Frax Shares (FXS) tokens on the protocol and receive veFXS tokens instead. The amount of received interest depends on the number of tokens and their locking period. As a vesting and yield system token, veFTX isn't transferable and isn't traded on liquid markets; instead, it reflects the investment period and the number of locked FXS tokens for a token holder.

Users can earn passive income by adding liquidity to the pools supporting FRAX and FXS. They need to buy FRAX and FXS tokens, connect their wallets to a DeFi protocol, add liquidity, and approve the transaction. After adding liquidity, they receive pool tokens representing their positions, and the tokens automatically generate a yield from the protocol fees.

Each protocol has its yield farming policy. The amount of returns depends on the staking period and the number of staked tokens. Different protocols reward users in different tokens. For example, while staking FRAX and FXS, users get returns: in FXS on UniSwap UniSwap; CRV tokens on Curve; CAKE on PancakeSwap, and SNOB tokens on Snowball.

With the launch of Frax v2, the protocol presented the idea of the "Algorithmic Market Operations Controller" (AMO), a module composed of several smart contracts that execute arbitrary monetary policy. AMO controllers allow carrying out market operations during which the fractional-algorithmic stability of the FRAX token remains unaffected.

FRAX allows everyone to propose, build, and deploy AMOs with governance.

The Frax 2 upgrade expanded the role of fractional-algorithmic stability. Before the move, the Frax banking algorithm operated only inside the protocol, while version 2 made it possible for the system to mint FRAX into DeFi protocols immediately, functioning like "central bank money legos."

For more information check out our how to buy Frax guide.

Giving investors likable and innovative use cases is the aim of every new and renowned project. Since the fall of Terra, algorithmic stablecoin projects have been trying hard to get back on the scene as a good store of value. While Terra Luna is trying to get back on its feet with newer upgrades, Frax [&#8230;]

Who will win the "LSD War"?

No part of the content we provide constitutes financial advice on coin prices, legal advice, or any other form of advice meant for you to rely on for any purpose. Any use or reliance on our content is solely at your own risk and discretion.