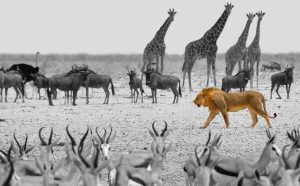 Like it or not, alt-season is here! Although, led by Bitcoin, the bullishness in the crypto markets are projecting huge gains altcoins even w.r.t. Bitcoin.

The price of Ethereum has doubled from it’s lows in December at $120. Nevertheless, Tezos, exchange tokens, Chainlink, EOS and Tron are also posting huge gains alongside ETH.

While Bitcoin [BTC] moves to new yearly high at $10,400, the dominance of Bitcoin has dropped below 63%. Ethereum, on the other hand, witnesses a slight increase it’s percentage dominance as it moves to $250.

The 24-hour volume of Altcoins has been above $100 billion in the last few days; overall, the volume projects a 3X increase from altcoin trading volume around September and October. Nonetheless, over 48% of the volume is on USDT Stablecoin.

A lot has changed since the last alt-season which saw Ethereum’s dominance nearly up to 30%. In the present situation, it faces a lot of competition from other blockchain platforms. The market dominance of Ethereum dipped below 10% during the altcoins sell-off in Q3 of 2019.

The ICO seems to be contained by the regulatory authorities around the world, especially the SEC. However, the new wave of decentralized application and distributed consensus has a number of platforms competing for it.

Moreover, new cryptocurrencies are finding a way through IEOs and institutional investment.

Which network do you think will lead the space for world computer? Please share your views with us.

The post Ethereum [ETH] Rise 100% from Swing Lows, but Dominance over Altcoins is at Stake appeared first on Coingape.