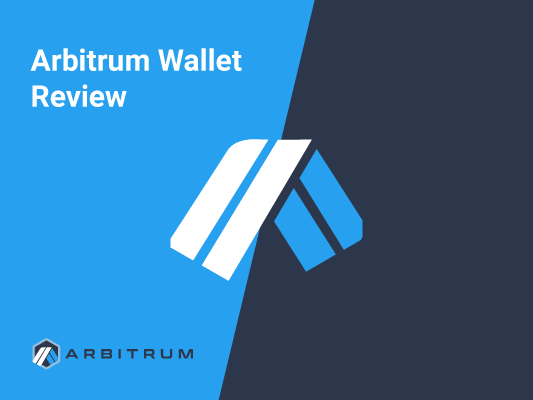 DeFi (decentralized finance) is one of the biggest trends in the blockchain industry, and many believe it will overtake the traditional finance world. DeFi apps (DApps) powered by smart contracts allow for permissionless financial operations such as efficient stablecoin trading, decentralized lending or Yield Farming, DEX (Decentralized exchanges), DeFi insurance, liquidity mining, etc., to be conducted within a peer-to-peer network without the need for intermediaries. This entire DeFi ecosystem is mainly built on the Ethereum blockchain, which processes trillions in transactions annually, powers almost 3,000 DApps, and has around $107 billion in total value locked (TVL). Ethereum’s exponential growth brings about scalability issues, and it seems that even Ethereum 2.0 won’t be scalable enough long-term. Since the Ethereum network is limited to 15 transactions per second, and the number of transactions increases, transaction times and gas fees end up rising at times of network congestion.

Vitalik Buterin and his team believe that the Ethereum 2.0 upgrade, the shift from Proof-of-Work (PoW) to Proof-of-Stake (PoS), can address Ethereum’s scalability, enabling Ethereum to handle 1,000s of transactions per second. While the update might not be completed until late 2022, there are still other means of scaling Ethereum. Since Ethereum is a Layer 1 network, Sidechains or Layer 2 networks created on top of it can complement the Ethereum network and enhance its capacity.

Arbitrum network is one such Ethereum Layer 2 solution (L2), which also depends on Ethereum for security. Read on to learn everything you need to know about Arbitrum and the Arbitrum Wallet.

Several innovations, such as scaling Ethereum via Sidechains and Rollups, came to the fore aiming to reduce transaction fees and time on the Ethereum network. These projects are gaining popularity, with the total value locked (TVL) in layer 2 protocols at all-time highs.

Sidechains aim to scale Ethereum by building separate blockchains that run parallel to the Ethereum mainnet but operate independently. Sidechains face the challenge of securing their blockchains, which requires additional effort. In contrast, Rollups sidestep this challenge by borrowing their security from the layer 1 Ethereum blockchain. This makes layer 2s more effective independent ecosystems built on top of Ethereum and sharing its security.

There are two types of rollups: Optimistic rollups and Zero-Knowledge rollups (ZK rollups). While both aim to scale Ethereum by processing transactions on layer 2 before submitting the results back to Ethereum, the difference is how they validate transactions.

In an optimistic rollup framework, transactions are “rolled up” or bundled together and executed away from the leading Ethereum network before sending the updated transaction data back to Ethereum. These transactions are considered true and valid unless proven to be fraudulent, similar to the justice system, which relies on the principle of “Innocent unless proven guilty.”

The rolled-up transactions can be invalidated or challenged by any of the nodes on the blockchain within seven days. If the block and the transactions are proven wrong or fraudulent, the block’s bond is slashed; instead, if proven to be true, the challenger node’s bond is slashed from the main blockchain. In case there are no challenges within seven days, the proposed rolled-up block becomes part of the main Ethereum blockchain.

Arbitrum is created on top of Ethereum and supports the same Remote Procedure Call (RPC) interface. The developer experience is similar to Ethereum. Also, Arbitrum is designed to be a seamless, faster, and more cost-efficient way of building decentralized applications (DApps).

Another distinct feature of Arbitrum is the number of rounds needed for resolving disputes and challenges. Arbitrum uses Multi-Round Interactive Optimistic Rollup and on-chain smart contract referees in case of challenges.

Arbitrum was launched in 2021 by OFFCHAIN LABS, a startup committed to building innovative Ethereum scaling solutions. Originating from the research department of Princeton University and based in New York, Offchain Labs, Inc. focuses on enterprise-grade applications and mass scalability. Founded in 2018 by Harry Kalodner, Steven Goldfeder, and Ed Felten, Offchain Labs incorporates 13 technology services and products, including Google Fonts, Google Analytics, and HTML5.

Since its launch, Arbitrum has become the largest L2 per Total Value Locked, with over 500 DApps running on it. Arbitrum uses Ethereum Virtual Machine (EVM), making it easy for developers to migrate their DApps from Ethereum to Arbitrum. Remember that not all the DApps built on Ethereum can automatically work on Arbitrum; in some cases, developers have to modify their projects and apps to run successfully on Arbitrum.

Some of the biggest DApps running on the Arbitrum network are AAVE, UNISWAP, 1INCH, YEARN FINANCE, etc.

As a result, Arbitrum is the largest L2 per Total Value Locked (TVL). At the time of writing, the TVL of Layer 2 solutions is around USD5.7 billion, out of which Arbitrum share is valued at USD2.90 billion, which translates to more than 50 percent of the TVL. This shows the trust and wide-scale use Arbitrum ecosystem has gained amongst Ethereum users.

Due to the low gas fees on Arbitrum, the ecosystem has been growing rapidly since its launch. Additionally, the security offered by the network, along with the ease with which developers can migrate their products to the network, make Arbitrum a big hit amongst the existing Layer 2 solutions. Arbitrum One Portal opens the doorway for the entire ecosystem. So let’s look into the services Arbitrum offers.

As with Ethereum, DApps built using Arbitrum are written in the Solidity programming language and then compiled using the open-source Arbitrum compiler. Usually, Arbitrum DApps only utilize the main chain upon startup and when currency is transferred in and out of Arbitrum, while most interactions are off-chain, resulting in fast turnaround and finality. Moreover, Arbitrum DApps retain high levels of privacy with cryptographic hashes of the state of a DApp being published on-chain. This means that only the participants who validate the execution of a DApp have information about the DApp’s code and storage. Additionally, developers can select their own validators and choose what information is shared with users.

Arbitrum has one of the largest collections of your favorite DApps, such as UniSwap, AAVE, ANKR, DAI, MakerDao, Yield Protocol, Yearn.Finance, etc. These DApps, along with many others, make sure that you never run out of solutions for all your crypto needs while using Arbitrum.

The platform improves the speed and scalability of Ethereum based smart contracts, and fees on Arbitrum are much lower than on Ethereum, making the adoption of DeFi much faster and broader. At the end of the day, the purpose of DeFi is to empower people and make financial services available to a much wider audience than just the ones who have the technical knowledge or the financial means to use them. And Arbitrum makes it possible in ways that no other Layer 2 solution currently does.

NFTs are taking the world by storm – almost all major companies worldwide have announced that they are looking to integrate NFTs into their ecosystem. And that includes technology giants Meta, Google, etc. Arbitrum offers access to up-and-coming NFT marketplaces such as Stratos, TofuNFT, and Treasure, offering an alternative to high-priced marketplaces like OpenSea, letting new and upcoming artists monetize their art without having to spend vast sums of money beforehand.

One of the major issues while migrating projects, tokens, DApps, etc., from Ethereum to other blockchains and Layer 2 solutions is the issue with bridging. Bridges between different blockchains become more important with each passing day as more and more products are being launched and interact with each other. Moreover, in the DeFi space, tokens built on one system often need to migrate to another. Arbitrum has access to almost all the major bridges and On-ramps such as Binance, Anyswap, Bybit, BoringDAO, Crypto.com, FTX, etc. All these bridges make it possible for smooth transition and transaction between tokens and projects existing on different blockchains. Arbitrum Rollup offers users the freedom and ease to choose where they want to put their crypto without any limitations.

To protect your crypto from hackers and secure your private keys, it’s important to select a proper cryptocurrency wallet. There is no shortage of various types of wallets that support Arbitrum, including MetaMask, Coinbase Wallet, Huobi Wallet, Trust Wallet, Zapper, Rainbow, Loopring, Debank, etc. Note that CoinStats Wallet is not yet available on Arbitrum. Since Metamask is the most popular wallet in use, let’s learn how to connect Arbitrum to your Metamask wallet in our Arbitrum tutorial.

Similarly, you can easily connect the Arbitrum network to any of the wallets of your choice.

To ensure the development and migration of a large number of projects on its network, Arbitrum provides developers of all skill levels with a rich suite of tools. Some of the most popular tools letting developers build their products on the Arbitrum network are Chainlink, Etherscan, Tether, USDC, The Graph, Poly Network, Blockvision, etc.

While trading in cryptocurrencies, it’s essential to understand that you might be required to pay taxes on crypto, depending on your location. Cryptocurrency transactions are taxable by law, just like transactions related to any other property. If you don’t have the time or skills to calculate how much taxes are due, you can use the CryptoTaxCalculator or Koinly on Arbitrum to help you quickly calculate your taxes and continue trading in peace.

To interact with Arbitrum One and the RinkArby testnet, you can use the same popular node providers as on Ethereum. Some of the major node providers that may help you build on Arbitrum are Alchemy, ANKR, Infura, Quicknode, etc. Make sure to check their corresponding websites for a detailed guide on setting up an account and starting interacting with networks.

Arbitrum is a layer 2 scaling solution that facilitates low-cost smart contracts with high throughput in a secure and trustless manner. It allows users to deploy and interact with smart contracts with minimal transaction fees compared to Ethereum. However, despite its popularity, Arbitrum is still pretty new, and there are some risks and disadvantages associated with its usage. Some of them include:

Since the launch of the mainnet beta in May 2021, Arbitrum One has gained huge popularity, with hundreds of projects building on the network. Using the innovative Arbitrum Rollup technology, developers can deploy DApps with familiar tools and programming languages at a much lower cost than on Ethereum. Moreover, transactions are confirmed much faster due to the high throughput of Arbitrum One.

There are many reasons for using Arbitrum instead of Ethereum to build decentralized applications, from the security of the consensus algorithm to the cost of development and developer friendliness.

The space that Arbitrum occupies in the crypto market is significant and will only grow as people get more into Layer 2 solutions due to the issues faced with Layer 1s. While Arbitrum remains a bit more centralized than the developers would like it to be, the people behind Arbitrum are working hard to ensure it becomes completely decentralized and operates self-sustainably. If Arbitrum comes up with its own native token, there are further heights it can achieve. Like with any other cryptocurrency or blockchain project, investing in Arbitrum comes with risks associated with the volatility of the crypto market; do your independent research, obtain your own advice, and only invest what you can afford to lose. 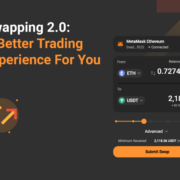 Swapping 2.0: A Better Trading Experience For You