Poloniex is a centralized cryptocurrency exchange for both more experienced traders and novices. It has its decentralized exchange and the IEO launchpad. The Poloniex platform offers some of the lowest cryptocurrency trading fees on the market, a wide range of crypto markets, advanced trade types, margin trading, crypto lending, and other services.

However, in a settled enforcement case announced on August 9, 2021, the SEC fined Poloniex, LLC, a crypto trading platform, for not registering as a national securities exchange. To settle the case, Poloniex agreed to desist from future violations and agreed to pay over $10 million penalties.

Read on to discover everything you need to know about the Poloniex exchange and the reasons why the Polonidex decentralized trading platform is closing or leaving the United States.

Polonidex: Why Is It Closing

The popular Polonidex decentralized cryptocurrency exchange by Poloniex initiated shutting down its crypto margin trading and lending products for US-based users in 2019. It stated: “These changes are part of our ongoing commitment to ensure that Poloniex complies with regulatory requirements in every jurisdiction.”

Early in 2019, the exchange faced challenges posed by uncertainty in the U.S. cryptocurrency regulatory environment. As a result, it continued reducing the list of available coins for U.S. crypto investors.

Poloniex noted that they were spinning out from their parent company Circle to form Polo Digital Assets, which would focus on the needs of global traders.

The newly formed company was registered in Seychelles – a remote island in the Pacific known for crypto favorable regulations. It’s also a home for other unregulated cryptocurrency exchanges like BitMEX, Prime XBT, and Binance.

Under new leadership, the Poloniex crypto exchange dropped the forced AML/KYC checks, making it possible to trade on Poloniex without a verification process.

Here is the timeline:

October 18, 2019 – U.S. persons were no longer able to create or complete the set-up of a new Poloniex account.

The Poloniex trading platform was first launched in 2014 by Tristan D’Agosta in Delaware, United States. D’Agosta has a background in music and previously established the Polonius Sheet Music company in 2010.

The exchange was created following the collapse of Mt Gox, the largest cryptocurrency exchange at the time.

Right after the launch, Poloniex suffered a high-profile hack in March 2014 when it lost about 12% of its BTC, worth approximately USD 50,000. The team responded to the hack openly by offering total reimbursements for the stolen 97 bitcoins out of D’Agosta’s company profits. Since the hack, the team has implemented continual automatic auditing of the entire exchange, bolstered the security of all servers, and redesigned the way commands are processed so that an exploit like the one used in March becomes impossible. The platform guarantees the privacy of its user data and maintains it in an encrypted form to prevent anyone from using it wrongfully.

The exchange made the headlines in the crypto industry when it became the first to list Ethereum (ETH) in 2016. After that, the exchange’s trading volume increased, and it became one of the more popular exchanges in terms of liquidity.

In 2018, Poloniex was acquired by US-based payments firm Circle, aiming to transform Poloniex into the first crypto exchange in the United States to achieve full regulatory status. The company paid USD 400,000 for the acquisition.

The Poloniex trading platform delisted most of the listed coins classified as securities and implemented strict KYC checks to become regulatory compliant. Another issue was Poloniex’s slow customer support, reachable via a support ticket system. It’s been reported in Poloniex reviews that some customers had been waiting for several months before they heard back from the exchange. The Poloniex customer service had led to a loss of thousands of Poloniex users.

In July 2019, credit or debit card payments were made available for users in more than 60 countries. The feature was made possible via a partnership between Poloniex and the payment processor Simplex.

In November 2019, the parent company Circle was transformed into Polo Digital Assets Ltd, its headquarters in Seychelles.

Polo Digital made the exchange unavailable for U.S. residents. It also redesigned its U.I. on both the web and mobile apps.

In 2021, Poloniex remains a popular digital currency exchange with some of the market’s lowest trading and withdrawal fees.

Poloniex is a popular crypto to crypto exchange, with daily trading volumes of more than $100 million. It provides the most considerable amount of trading in Bitcoins, ranking 83rd with a market cap of $14 million on Coinmarketcap.com. The Poloniex exchange provides cryptocurrency-to-cryptocurrency trading on over 100 pairs, margin trades, unlimited spot trading, and lending on a desktop and app. Verified users can also apply to list tokens on the Poloniex exchange.

Poloniex offers its customers handy analytical and technical tools and more than 140 directions for exchange. Poloniex fees are among the lowest in the crypto market (from 0 to 0.25%).  It had no notable security breaches ever since the March attack and offers high-level security against DoS attacks by the use of two-factor authentication, cryptographic signatures-based DNS cache protection, strong security against web attacks like robot infiltration, role accounts to protect users private information, registry lock to prevent unauthorized changes to the website, email confirmations and I.P. lockouts.  Most of the Poloniex user funds are stored in cold wallets.

During the registration, a new user can expand the withdrawal limit by providing more private information such as an I.D. card or home address. The system doesn’t work with fiat currencies and, users trade using altcoins.

Polonidex Closure: The Factors Behind

No one knows the exact reasons for the closure of Polonidex or why it chose not to operate in the United States. But several suspected factors led to it.

Integration of Too Many Tokens

Poloniex was one of the most popular cryptocurrency exchanges for margin trading before the launch of BitMEX.

One of the reasons for its decline is that Poloniex had integrated too many tokens and digital assets but could not provide quality customer service. Users had started protesting against the decreasing quality of service. The purpose of the protest was not to create noise but rather to make the complaints known to those who could provide a solution to their problems.

Circle got involved in improving and personalizing the exchange in terms of efficiency, compliance, and security. In so doing, it decided to delist several tokens and shut down margin trading.

Several Poloniex users reacted positively to this new development by Circle, hoping it was going to solidify the exchange’s position in the United States crypto market. However, other loyal crypto traders found the shutting down of margin trading and delisting of tokens disappointing.

Shut Down of 1Broker

The shutdown of 1Broker, a popular cryptocurrency exchange platform in the United States by the Federal Bureau of Investigation (FBI) and the U.S. Securities and Exchange Commission (SEC) for illegal dispersion of securities may have led trades in the U.S. to be more cautious of their approach in supporting digital currencies and exchanging activities.

To prevent conflicts with the authorities, crypto exchanges have begun to execute better Anti-Money Laundering (AML) and Know Your Customer (KYC) procedures and actively cooperate with regulators.

Poloniex LLC (Poloniex) operated under the domain name poloniex.com. It matched buyers and sellers through a trading system running on the Poloniex website solely. It had no United States presence, didn’t employ individuals in the United States, held no depositors or bank accounts in the United States. Poloniex users operated entirely through the website, which was owned and controlled overseas.

Many centralized exchanges require users to go through the KYC, AML, and other procedures under the regulatory scope of officials.

The main concerns of regulators are money laundering and terrorism financing. As cryptocurrencies can be kept undisclosed with minimal conversion costs, they are used to fuel black markets. KYC and AML procedures are now required to prevent illegal acts.

The majority of Poloniex customers believed the acquisition and takeover of Poloniex by Circle was an epic fail. Most users left after the exchange imposed KYC, delisted almost 30% of their coins and discontinued margin and funding services.

All of this could’ve contributed to the Poloniex decision of closing down, spinning out from Circle, and leaving their U.S. customers behind.

Another factor that might have contributed to Poloniex closing down is its problem with SEC registration. The United States Securities and Exchange Commission, or SEC, has charged crypto exchange platform Poloniex for breaching securities trading regulations.

According to an announcement by the SEC, Poloniex offered trading of cryptocurrencies deemed securities to U.S. investors on its platform between July 2017 and November 2019 without duly registering as a securities broker in violation of Section 5 of the Exchange Act.

The SEC’s indictment also stated that employees of the exchange actively sought to circumvent securities regulation in a bid to increase the company’s market share. According to the Commission’s enforcement chief Kristina Littman:

“Poloniex chose increased profits over compliance with the federal securities laws by including digital asset securities on its unregistered exchange. […] Poloniex attempted to circumvent the SEC’s regulatory regime, which applies to any marketplace for bringing together buyers and sellers of securities regardless of the applied technology.”

According to the SEC’s announcement, Poloniex has elected to neither admit nor deny any wrongdoing but will pay a fine of about $10.3 million while agreeing to a cease-and-desist order. Poloniex will pay $8.48 million of the total fine in disgorgement as well as a $1.5-million civil penalty in addition to over $403,000 in prejudgment interest.

Poloniex exchange platform had its ups and downs for several years; however, it’s committed to meeting regulatory requirements and improving its service.

The trading platform offers some of the lowest cryptocurrency trading fees on the market, margin trading, borrowing, has its decentralized exchange and the IEO launchpad. It’s suitable for beginners and more experienced traders due to its clear interface. It’s to sign up and start trading right away.

Yet, Poloniex remains unregulated, so don’t leave significant amounts of crypto assets on the exchange for long.

And No, Poloniex is not shutting down any time soon. It has a fully functional website and a mobile app. It also supports many cryptocurrencies, offering you a pleasant trading experience except if you are in the United States.

Check the latest news on the Poloniex exchange, along with in-depth information on several of the biggest and fastest-growing cryptocurrencies on CoinStats, one of the best crypto platforms around. 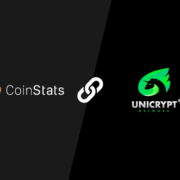 The Ultimate FinexBox Review [For 2022] 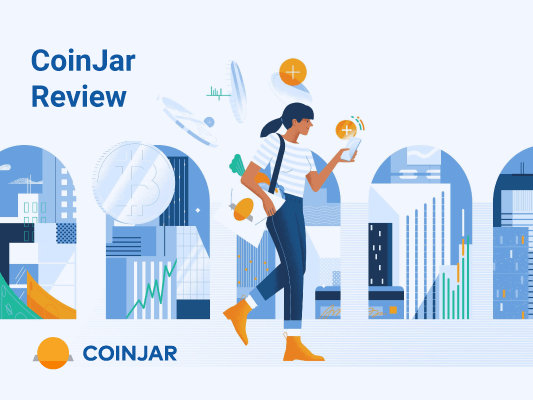